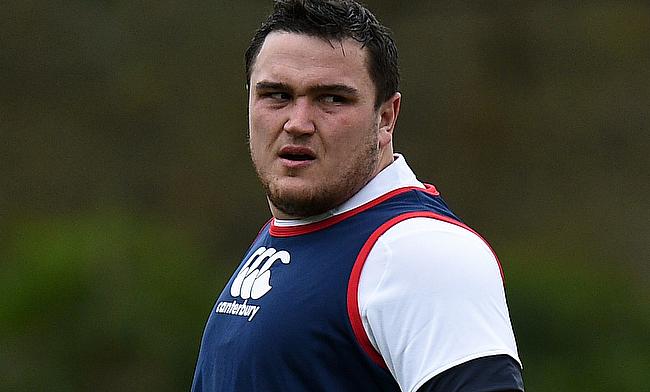 Jamie George is closing in on a return
©PA

Ashton scores the game-deciding try as Saracens pushed all the way by Northampton
Chris Ashton on his return to form #AshtonsBack
Can anyone stop Saracens from winning the Aviva Premiership title this season?
Saracens hoping Maro Itoje will be fit for Northampton showdown

Saracens' pursuit of silverware on two fronts will be bolstered by the return of England hooker Jamie George from the ruptured biceps injury that ended his RBS 6 Nations.

George sustained the injury during training five weeks ago in the build-up to the clash with Wales but having initially been ruled out for over two months, director of rugby Mark McCall has revealed his recovery is ahead of schedule.

The 25-year-old, who is understudy to England captain Dylan Hartley, could be back in action as early as the final match of the regular Aviva Premiership season against Worcester on May 7 as Saracens' quest for domestic and European honours steps up.

"We could possibly have Jamie for Worcester, but that is probably a long shot. But he'll definitely be back for the play-offs," McCall said.

"If he gets back for Worcester it would be ahead of schedule, but he's been throwing himself into his rehab and things couldn't really have gone any better so far.

"We're lucky we have both Schalk Brits and Jamie. Schalk has been playing really well at the moment, but he was injured for most of last season.

"Jamie had to play all the matches then and that's been reversed over the last few weeks, which is good for Schalk because he hasn't played much for us over the last two seasons."

Saracens set up a Champions Cup semi-final against Wasps after toppling Northampton last weekend and McCall is considering making changes for Saturday's Premiership clash with Harlequins at Wembley Stadium.

"There are conversations to be had over whether we expose players who have had big match loads this weekend, but we'll decide that in the next few days," McCall said.

"None of the players will play the next four games, but there are a few of them who don't like a week off before a very big game, which is what the Champions Cup semi-final will be. We'll chop and change a bit, but not too much."