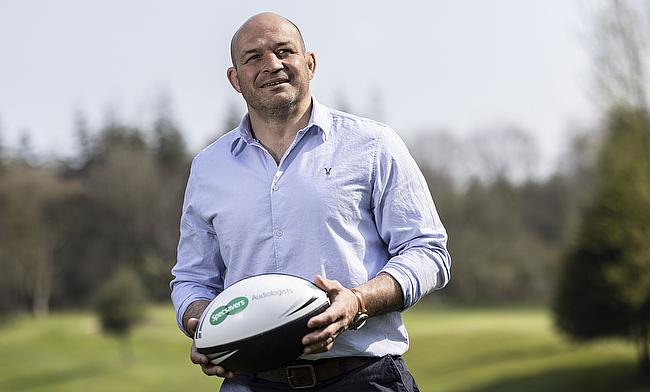 On Friday night, Best’s old club Ulster are at Mattioli Woods Welford Road to take on Leicester Tigers in the Challenge Cup last four where the winners will face Bath or Montpellier in the final.

And on Sunday afternoon, Leinster will go head-to-head with La Rochelle at the Stade Marcel Deflandre for a place in the Heineken Champions Cup final.

“I think Ulster will have too much for Leicester,” Best, the former hooker who is now 38, told TRU.

"I know Leicester have definitely turned a bit of a corner you feel with Steve Borthwick in charge, but you just don’t see the level of consistency that they had when they were Premiership title contenders year on year. I think that’s going to take a bit of time.

“Leicester will look at the Connacht game last week [when Ulster were defeated in the PRO14 Rainbow Cup] and they’ll think that if they can keep it to a bit of an arm wrestle at set-piece time and really physically go after Ulster and put them on the back foot, that they’ll have a really good chance.

“But I just think Ulster will get enough front foot ball and they’ve too many attacking weapons for Leicester.

“This is a really, really important game for Ulster”

When head coach Dan McFarland joined Ulster in 2018, he was adamant from the start that the club needed to be winning trophies.

The Belfast-based outfit are now just two games away from the Challenge Cup crown and Best said: “I do think it's important for Ulster [to win this event].

“A trophy would show an improvement over the last three years and that's really what they've got to be striving for.

“When they revamped the Champions Cup and Ulster got into the Challenge Cup, you sort of looked at it and thought if Ulster are going to win a trophy very soon, this is the one that they can really go after.

“The problem you have with the PRO14 and the Champions Cup is that you're always coming up against Leinster and I don't think the other Irish provinces are quite ready yet to take on Leinster in a final, unfortunately.

“It needs a more long-term view on that in terms of how they develop and that's for another day. For Ulster and for Dan, this is a really, really important game at the weekend. They want to win something and you wouldn't know what this can be the catalyst for.”

Ronan O’Gara: “He is loyal and he is a people person”

Of late, all of the talk surrounding the rugby coaching world has been about Best’s former Ireland teammate Ronan O’Gara.

He is currently the head coach at La Rochelle and is set to become director of rugby in the summer, so what makes the former British & Irish Lions stand-off so highly thought of?

“He’s ultimately very loyal and once you get into his inner circle if you like, he’s very honest and up-front,” Best said of the 44-year-old.

Ronan O'Gara has signed a new three-year contract with La Rochelle through to 2024 ??

Exciting to see what he can do with that super talented squad, his mindset and approach to coaching is fascinating.pic.twitter.com/5aI2t3euXL

“He is a people person once you get past that façade he puts up. When I first broke into the Irish squad, I probably didn’t find him that engaging, but when he gets to know you and he starts to realise your value, he really does open up. I would count him as one of my good friends in rugby.

“I roomed with Bryn Hall [the Kiwi] on a Barbarians trip for the last week in Cardiff. He absolutely loved Ronan, couldn’t speak highly enough of him. He was trying to get him on Facetime whenever we were preparing for the game.

“There are not that many coaches or people who can have that relationship. Bryn said he was one of the best coaches he worked with, but he also understood and loved having the craic and spending time with people.”

To mark the new benefits, which see thousands of people now qualify for free hearing aids at Specsavers, the popular opticians and audiologists has pledged to test and screen a quarter of a million people over the next two years.

Turning up the volume on hearing loss, Rory is encouraging people to take a proactive approach to their hearing health as one in six Irish adults is affected by hearing loss.