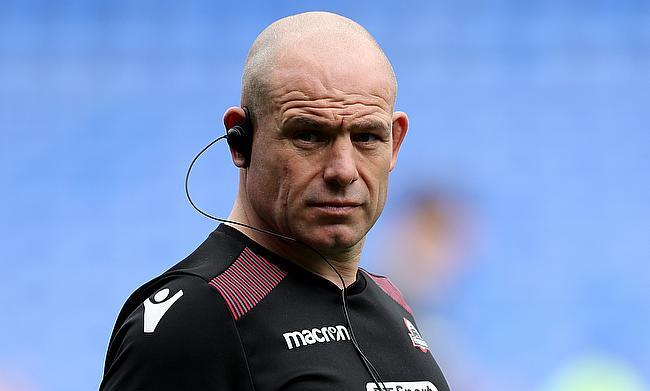 He has helped propel the careers of Vereniki Goneva, members of the Tuilagi clan and Viliame Mata to new heights - and now Richard Cockerill has his eyes on the next generation of Pacific island stars.

Edinburgh Rugby’s backline looks set to be strengthened by some talent from that part of the world with ‘X factor’ this summer hot on the heels of Fijian forward Mata signing a new, improved deal.

Despite a lot of interest from other clubs within the UK and France, it was announced yesterday that Mata, the 27-year-old No.8 known by the fans as Bill, had extended his stay in the Scottish capital until at least May 2021.

News of the contract - which overrides his previous one which was due to run out in 2020 - means that the strong runner with the deadly offloads will be a focal point of Cockerill’s Edinburgh going forward as the Englishman continues to rebuild a club that was at a low ebb when he joined as head coach back in 2017.

And now it seems he could soon be joined in the changing room at BT Murrayfield by some other players who get supporters off their seats.

This is the kind of news that you want on a Tuesday! ?? https://t.co/npjphC2qfM

Before Mata, the likes of Niko Matawalu and Leone Nakarawa came to these shores and lit up Scotstoun with Glasgow Warriors while fellow Fijian Netani Talei put in a great shift for Edinburgh between 2010 and 2013.

And Edinburgh head coach Cockerill admits he is looking for even more ‘X factor’ players from the Pacific island nation to bolster his squad ahead of next season.

“We’re looking for more talent - Fijian talent, Pacific island talent - to bolster this team because it gives you X factor,” he told TRU.

“I certainly did that when I was with Leicester, with the Tuilagi clan that all came through and guys like [Vereniki] Goneva who we signed from Tarbes, so we’re hopefully going to bolster, certainly in the back line, with similar types.

“Players like Goneva or the Tuilagis or Matawalu that give us a bit of X factor because all the good teams in Europe have one, two or three of those types of players that give you something for nothing. Vili gives us that and we probably need a little bit more of it.”

Mata, who had never lived outside of Fiji until 2016 when he moved to Scotland, knows there are good players just waiting for the call in his homeland.

“Yes, there are a lot of guys over there and if clubs here are searching for talent they should be looking to the island and hand picking those guys,” he said.

Cockerill has praised those behind the scenes at Scottish Rugby for making the new Mata deal possible.

“Three or four months ago you wouldn’t have put money on Bill staying, because there was a lot of interest, but he’s happy,” he explained.

“We’re here to keep our best players and compete and get better. As long as I’m here we won’t be a selling club, trust me.

“My agenda is to look after Edinburgh players and their ambitions. If we can do that and we can create an environment where players can come and flourish and grow and go on to be some of the best players in the world, why not come to Edinburgh? It is a great place to be.”

Meanwhile, Mata has praised the Edinburgh strength & conditioning staff, headed up by Nick Lumley, for transforming him as an athlete.

“The first season here was a bit of a struggle but I have picked up every season since and that is mainly down to the strength & conditioning guys at the club,” the man who won an Olympic sevens gold medal in 2016 said.

“I think the training programme suits me a lot, especially the S & C programme because it allows me to do what I have been doing so that is one of the main things that encouraged me to stay for the next few seasons and get even better.

“The S & C here, well it has changed my rugby from when I was in Fiji. For me it is just about doing my own thing and using my strengths and hoping they contribute to the team.

“I just put everything I learn in training out there on the field and hope it helps the team get the result after 80 minutes in the end.”