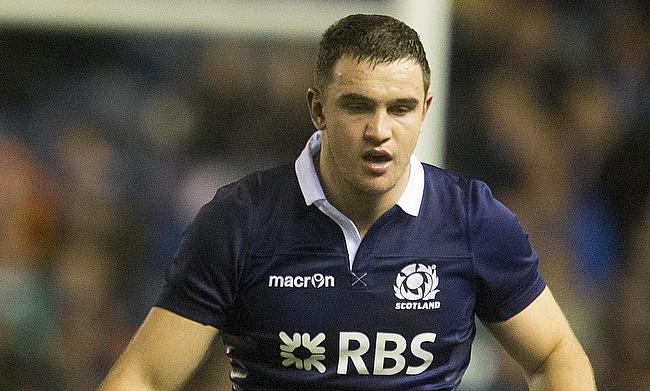 Adam Ashe has been with Glasgow Warriors since 2011
©PA

Glasgow Warriors have confirmed that Scotland international Adam Ashe has penned a new two-year deal with the Pro14 club.

The 25-year-old made his senior debut with Glasgow Warriors in 2011 and has racked up 66 appearances for the Scotstoun Ground outfit since then.

"It was an easy decision for me, I've been here for seven years now having come through the academy, Glasgow Warriors is my second home.

"We're a club that has a lot of ambition and wants to grow and develop and really inspire the community around us and I'm really pleased to be staying here to be a part of it."

The 6ft 4 in flanker made his debut for the Dark Blues in 2014 against South Africa and has gone on to play six Tests with his last appearance coming in August 2015.

“He’s a great athlete, really dynamic and has all the attributes of a top back-row forward. He’s still a young man and we believe that his best years are still ahead of him.”

Glasgow Warriors are currently positioned second in the Pro14 table with nine wins from 14 games and will also take on Saracens in the quarter-finals of the Heineken Champions Cup at Allianz Park on 30th March.