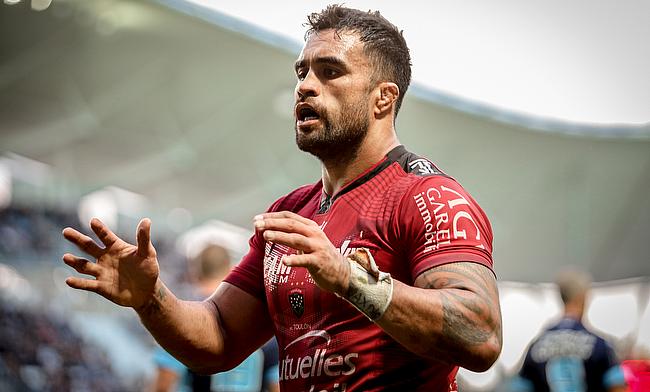 Fijian No.8 Viliame Mata is the “talisman” that Toulon have to stop when Edinburgh Rugby visit the Stade Felix-Mayol on Heineken Champions Cup duty this weekend, according to home star Liam Messam.

The Scots head over to take on the French giants in the fifth round of Pool Five fixtures sitting top of the table and with the quarter-finals within touching distance.

Toulon are bottom of the pile behind Edinburgh, Montpellier and Newcastle Falcons and are having a tough season compared to their high standards, but their team still boasts quality throughout.

And the former All Black - in his first season with the Top 14 club - admits that Toulon are on red alert when it comes to the danger that 27-year-old Mata, who leads the tournament stats with 79 carries, poses.

With 36% of the votes, Viliame Mata's well worked score against Southern Kings is the winner of our November Try of the Month! ??

Big Bill will be accepting the award in The Huxley Clubhouse following tomorrow night's match - don't miss out!

“Big Mata has really impressed me in recent months,” Messam told TRU ahead of Saturday’s clash.

“He is Edinburgh’s talisman and when he plays well, the whole team seems to follow.

“Like all Fijians, he loves an offload and carries a lot of ball so we have to stop him getting on the front foot on Saturday.”

Messam has only featured in two of Toulon’s pool matches so far, thankfully for him missing out on the 40-14 loss to Richard Cockerill’s Scots back in October at BT Murayfield, but he is set to be involved this weekend.

“The Champions Cup has been awesome, it is very similar to Super Rugby,” the former Chiefs man stated.

“I have only played in two of our pool matches to date, but the main thing that struck me in those games was just the speed of the game, it is much quicker than in the French league.

“Hopefully I will get a run out this weekend against a tough Edinburgh side.

“It was a tough loss to Edinburgh at Murrayfield, but this is a strong Edinburgh team that has really been going along well this season in the Guinness PRO14 and in Europe.

“Now we have [second-row] Brian Alainu’use in our squad who came from Glasgow a few months ago so he has been giving us the lowdown on the Edinburgh squad. We know they have some strong forwards and that it will be a real battle on Saturday.

“Brian has been awesome for us since he came in, he has been probably one of our best forwards in the last month or so. He does a lot of carrying going forward and he really rolls his sleeves up and does a good job for the team.

“Hopefully his tips on Edinburgh help us out.”

Toulon’s Stade Felix-Mayol is a great place to watch - and one imagines play.

Edinburgh coaches and players have spoken publicly this week about the need to get off to a fast start on Saturday evening to quieten the fervent home supporters down.

Edinburgh must "block out" the noise of a partisan crowd if they are to "turn some heads" by winning in Toulon, says lock Ben Toolis.

It remains to be seen if that will happen, but Messam believes the home ground is a special place in world rugby.

He explained: “The atmosphere in the stadium is honestly unbelievable. It is really hard to explain, but I have played in some of the great stadiums in the world like Twickenham, Ellis Park and Hamilton Stadium in Waikato [now the FMG Stadium] and the Stade Felix-Mayol is right up there.

“I will always remember the noise that greeted us in my first game over here and the people in this area of France are very passionate about their rugby and they get behind the team no matter what.

“I love playing here. It is a real honour and even when we haven’t been playing so well this season, the supporters have never stopped cheering us on.

“Overall, I am thoroughly enjoying my time here. The French lifestyle and culture is beautiful and the people at the club have made it easy for myself and my family to settle in.

“This club is in a transition phase, they lost a lot of players and experienced players last summer and I think things are heading in the right direction once again.

“There is a three-year plan in place regarding where they want to be and as a more experienced player, that really excites me because you always need a challenge and a project to be working on to keep you as motivated as ever.

“I feel like I can contribute to the plans and we have a good mixture of older guys and really exciting young talent. The one frustration is that we are only showing in glimpses currently what we are capable of.

“The young guys are always asking me and the other older guys for advice to tap into our experience and to learn how best to prepare for big game days and I just try and chat to them as much as I can.”