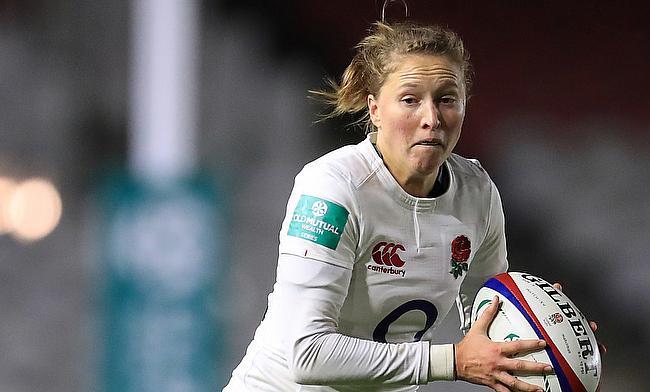 England are likely to miss the services of Emily Scott in the upcoming Women's World Cup after the fly-half was sidelined with an unspecified injury.

The 25-year-old, who made her England debut in 2013 and has been a prominent player in the sevens squad as well will not be travelling to Ireland for the showpiece event as confirmed by a statement from Rugby Football Union.

Poppy Cleall, who featured in all the games in the Women's Six Nations tournament earlier this year has been confirmed as the replacement for Scott.

Meanwhile, hooker Vicky Fleetwood, who sustained a minor injury will continue her rehabilitation period and is expected to join the squad soon in Dublin.

England head coach Simon Middleton is hoping for Scott to recover from the setback and play some part in the tournament at a later stage.

"While it is disappointing for Emily, we know she will rehab diligently, working closely with our medical team over the coming weeks, and we hope to have her fit and ready on standby if required later in the tournament.

"With Vicky remaining in England for the time being, we have opted to call up Poppy, who offers us a bit more balance in the forwards."

England, who are placed in Pool B along with United States, Italy and Spain will begin their campaign on 9th August.