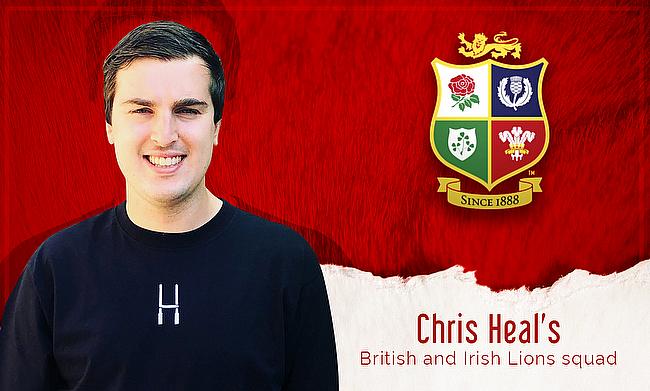 With Warren Gatland’s British and Irish Lions squad being announced on Thursday, for the first three days of this week, TRU’s journalists will be putting forward their squads for the tour and Chris Heal is up next.

Since the pubs have reopened, I have seen a few people I know who love their rugby and each time I have headed down to my local, the Lions tour has been discussed.

Even on Sunday when La Rochelle beat Leinster, the talk of an all-French Champions Cup final lasted approximately 45 seconds before turning our attention back to South Africa this summer.

It is fair to say we didn’t agree on every selection so please be nice…!

I have gone with a slightly different selection to my colleague Joe Harvey, with the standout name being Sam Simmonds. I get that people will think there is a lot of hype around this guy who is yet to fully prove himself on the international stage [because he hasn’t been picked by Eddie Jones], but when I was watching Bristol Bears against Exeter Chiefs a couple of weeks ago, Simmonds was unplayable at times.

A superb try as Sam Simmonds breaks the line and sets up Tom O'Flaherty!

His pace was what had me out of my seat. Combine that with his power and dynamism, I think it will give Gatland a different dimension should Plan A not work out for the Lions.

What is similar to Joe’s squad, though, is the omission of the Vunipola brothers. I do feel slightly harsh on Mako as I do think his experience could be crucial, but then again, Joe Marler’s nous should compensate for that despite him opting out of the Six Nations. Rory Sutherland showed us his improvements during a solid campaign for Scotland as well.

I would love to have added in Ellis Genge following his rampaging performance against Ulster in the Challenge Cup, but he just misses out.

A lot has been made about Danny Care’s selection chances this season. The Quins No.9 has been sublime and he and Marcus Smith have been a joy to watch in recent weeks. With Ben Youngs ruling himself out of the tour, I think that has guaranteed Care a spot on the plane to South Africa.

Ali Price has been excellent for Scotland too, and I thought his performance against Wales at BT Murrayfield was one of the highlights of his Six Nations campaign.

Another player who starred in that aforementioned game was Louis Rees-Zammit, whilst I continue to be impressed by Hugo Keenan.

In the 10 shirt, George Ford’s audition on Friday night highlighted his qualities, but Dan Biggar, Owen Farrell and Finn Russell all add something a bit different to the squad.

Henry Slade also makes the cut because his versatility could be a weapon which Gatland can use to the Lions’ advantage and I think he could shine even more in the absence of George North.