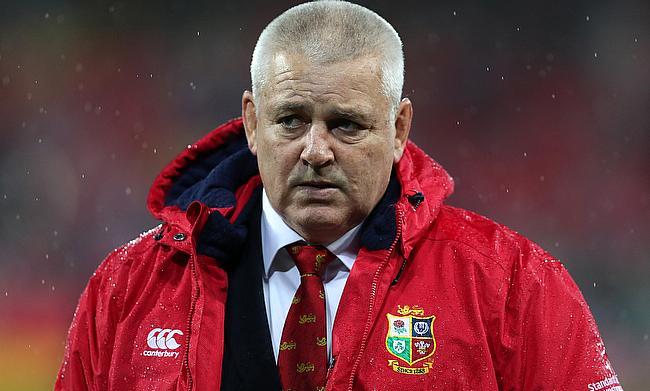 Sam Warburton: ‘You have to have some common sense and let players go’
Joe Harvey Column: Lions coaches give us an insight into selection
Calendar clashes, taking a back seat and being second or third choice - A Lions Tour like no other
Rob Baxter slams Lions' stance on release of Premiership players for South Africa tour

The dispute between the Lions and the Gallagher Premiership has now been resolved after the PRL finally agreed that players can link up with Warren Gatland’s squad as soon as their club commitments for the 2020/21 season come to a conclusion.

The row had threatened to overshadow next week's squad announcement as players might have been kept at their clubs until after the Premiership final on June 26th, which is the same day the Lions take on Japan at Murrayfield.

The first warm-up fixture for Gatland's side falls outside the current World Rugby regulation nine-player release window and their training camp plans also do, but an agreement on player release has now been reached.

A Premiership spokesperson said: "We know how much the Lions Tour means to rugby fans and players and we wish the Lions every success. We are sure our players will make a huge contribution.

"Throughout the negotiations, Premiership Rugby has sought a solution that works for everyone – the players, the clubs and the Lions.

"This discussion was never just about money. Premiership clubs are at the very heart of English rugby - helping to nurture the pipeline of talent which supports the international game and future Lions Tours. It is essential that we are properly consulted - and our position respected - when fixtures are scheduled which impact the domestic season.

"The Lions warm-up match against Japan falls outside of the World Rugby Regulation 9 window for release of players for international rugby, which is in breach of what was agreed in San Francisco in 2017. The Japan game also clashes with the highlight of our season, the Premiership Final.

"For future Lions tours, Premiership Rugby will not release players until after the Premiership Final. We will continue to honour our commitments around player-release, under Regulation 9, and encourage all parties in rugby to work more closely to avoid situations like this happening in the future."