Sam Warburton: ‘You have to have some common sense and let players go’ 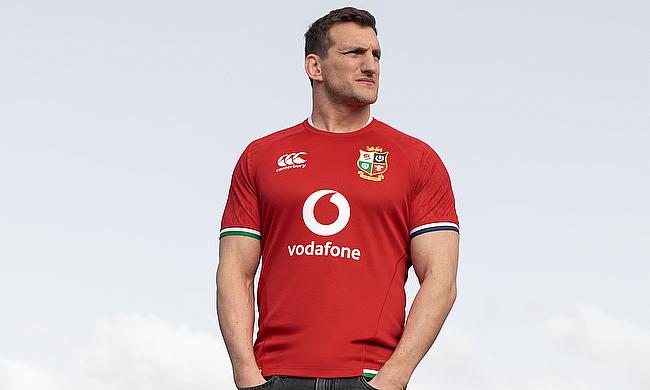 Sam Warburton will go down as one of the most successful British and Irish Lions captains in history.

Leading the tourists in 2013 and 2017, there quite possibly isn’t a better name to hear from when it comes to talking all things Lions. After the past year, there is plenty to be sinking our teeth into, with questions about player release from the Premiership and which Saracens stars to select still circling the basin.

Following the announcement of his coaching group for the tour to South Africa, Warren Gatland discussed, in detail, the issues surrounding the release of Premiership Rugby players.

With Premiership Rugby Limited (PRL) unwilling to release players until after the final at the end of June, there is plenty of speculation about whether or not this fact will affect selection.

With Wales’ Dan Biggar and Taulupe Faletau and Scotland’s Stuart Hogg, Jonny Gray and Chris Harris all plying their trade in England, it is clear that the early stages of the tour will be disrupted as a result of only Pro14 players being able to join the Lions squad at the earliest date.

It is not a new challenge for the Lions to contend with, but Sam Warburton believes that common sense must prevail in this debate.

“It is a bit strange because I think the last two tours, the first week’s training has been a group of 16, 17, 18 players, which is always a bit strange and you kind of know you are going to be starting the first Test on the tour,” Warburton said.

The Lions’ offer of compensation for the call-up of Premiership stars has been labelled as "derisory" with the parties still at loggerheads just two weeks before Warren Gatland announces his squad | @danscho1 https://t.co/sCbe672nQ4

“The same thing happened on both tours, so you are kind of used to the dynamic. The only thing I can say is, and it is difficult for the players, but I can speak on behalf of the players, they obviously don’t want to bite off the hand that feeds them, but they all want to go on the Lions tour.

“I think if somebody was in charge of PRL, if they had been on a Lions tour, if they had been a club player or an international player and knew what it meant to the players, I don’t think it would too much of an issue.

“That is what I find frustrating because players don’t want to speak out. It is hard for them to speak out. I don’t blame them. What has happened on past tours, if you have got a club final, well of course you are going to prioritise that, but if you are playing in a game that isn’t going to have any bearing, then I think player release should happen.

“It was one of the senior players that prompted me to say that. I wasn’t going to think anything of it, but I think if it is a dead rubber, I think to play for the Lions is the pinnacle and I think you have to have some common sense and let players go on the tour.”

In late March, it was confirmed that the tour to South Africa would in fact be taking place in the southern hemisphere. Whilst the tour destination was up in the air, Australia, New Zealand and the United Kingdom were spoken about as potential alternative destinations, but ultimately the original plan stood head and shoulders above the rest.

A satisfactory outcome for the tourists, but for South Africa, the effects of the Lions coming to the country could be significant. You can argue this isn’t necessarily financially driven as the Springboks haven’t played since the Rugby World Cup final in 2019, so for that team to be getting back out there is hugely important for the sport in the country.

Whilst in the northern hemisphere, we have played a Six Nations, an Autumn Nations Cup and even seen the Champions and Challenge Cups take place. With travel so restricted, the South African Super Rugby franchises have settled to face one another again for the Rainbow Nations Cup after cross-hemisphere fixtures were scrapped.

“This tour has to go ahead, not just because I am a Lions fan, but for South Africa,” Warburton said. “If this doesn’t happen for South Africa, goodness knows what would happen to them. They would have taken much more of a hit than we have.

“That is the sad thing that has come to fruition, isn’t it this week with the [European] Super League. I don’t want it to be a situation where money talks in sport, but unfortunately, it does. That’s what keeps professional sports alive, and I know players that have said they’d take pay cuts to play less games.

“I don’t know whether they are trying to appease television rights, all these things, but I do sometimes question whether players are at the foreground of conversation.”

As with any conversation about the Lions, the debate around England’s Saracens representatives cropped up. During the Six Nations, the likes of Owen Farrell, Maro Itoje, Elliot Daly, Jamie George and Billy Vunipola were accused of being undercooked for the tournament due to the GK IPA Championship's delayed start.

But despite this fact, the question soon becomes about whether or not Gatland believes in the Saracens contingent.

Another positive is how the coaching staff will have several games to get players up to speed should the Championship not provide the proper preparation for the Tests this summer and Warburton believes that three players from the side are dead certs to be on the plane.

Excitement levels through the roof for this one ??#StrongerTogether ????

“I think out of those Sarries boys, Jamie George, Maro and Owen will 100 per cent go on tour,” Warburton said. “What Warren really backs are his training methods and getting players match fit without having to play.

“I think he knows he has got that buffer. He will take them and he has got to take them because their ceiling is so high when they play well.”

Sam Warburton was speaking as Canterbury launched the British & Irish Lions Test Jersey. Get yours from www.canterbury.com.