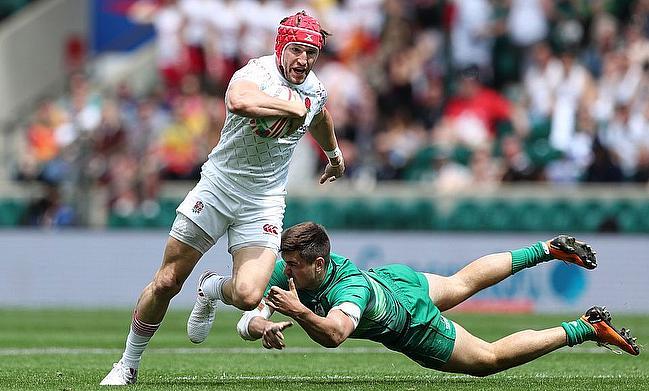 Blitzboks celebrate 2020 season with silverware
Exclusive: Alex Davis on the England Sevens start-up
Exclusive: Richard de Carpentier - It feels like the only people not supporting us are the RFU
Exclusive: Phil Burgess - I had prepared myself to leave at this point

The redundancies made to the England sevens programme by the RFU is a story which has caused quite a stir over the last month or so, but former Cornish Pirates and Commonwealth Games medallist Philip Burgess has recently spoken about becoming Director of Rugby at Cranleigh School.

Burgess, who back in July chatted to TRU about the contract situation for sevens players, is now beginning a new chapter in his rugby career and he believes his experiences with England will aid him in his new role.

"I’ve been very fortunate to play professional rugby for a very long time, which has been hard on the body but interestingly, the things that I’ve taken away from the game are so much more than what I’ve learnt on the pitch,” Burgess said.

"Rugby sevens is a case of combining run, catch, pass but I think for any budding rugby player, those skills are really important and make sure they aren’t doing something because they can’t do it or don’t want to. Also, combined with the sevens experience I’ve had, things don’t always go your way and sometimes you have to adapt and go your way with it."

Burgess and his fellow England colleagues have certainly had to ‘adapt’ after the sevens programme was cut by the RFU and both the men’s and women’s squads have taken it upon themselves to launch a crowdfunding page to help them with their preparations towards next summer’s Olympics.

In terms of new role at Cranleigh, Burgess is keen to impart his knowledge both on and off the pitch and the experiences he gained for Team England at the Commonwealth Games is something he intends to pass on to his students.

“For me they were different experiences to what I’ve experienced in rugby, where we have a tournament or a match and play one or two teams, but at the Commonwealth Games, you were all part of a bigger team,” Burgess added.

To cap off #ukcoachingweek2020 we spent some time with Commonwealth Games bronze medallist, and @cranleighschool’s new Director of Rugby, @Philip__Burgess.

With a wealth of experience from his career in rugby, Phil is now imparting that wisdom onto the next generation ?? pic.twitter.com/zsjOje3h6j

“It’s a case of doing it to the best of your ability. If you perform on the rugby field that is great but if you go back to the classroom and misbehave then that isn’t right, we are trying to make good kids not just good rugby players and that relates to good people.”

Passing on these real-life experiences is a key part of what Burgess sees in his new role and what he has experienced throughout his career on the pitch.

“Coming off the back of the last six months where things haven’t been great, some kids loved being home schooled but others didn’t,” Burgess said.

“It’s trying to make the best out of the bad situation. You can’t control it sometimes and you just have to go with it and adapt to what is happening. If you are adaptable in sporting environment where you are having fun, then that can help in other aspects of life as well because within life, things change and happen where you have to adapt. If I can pass that across to the kids, I’ll be really happy.”

Burgess’ future in professional game is still unknown at this time, but the Commonwealth Games in Birmingham in 2022 is still something in his mind.

“It’s something I’d love to do. Playing in Glasgow 2014 was great to have family and friends come up and watch and knowing that it will be in Birmingham, you’d get that even more so.”

To follow the fortunes of Team England athletes in the lead up to Birmingham 2022 head to the Team England website www.teamengland.org