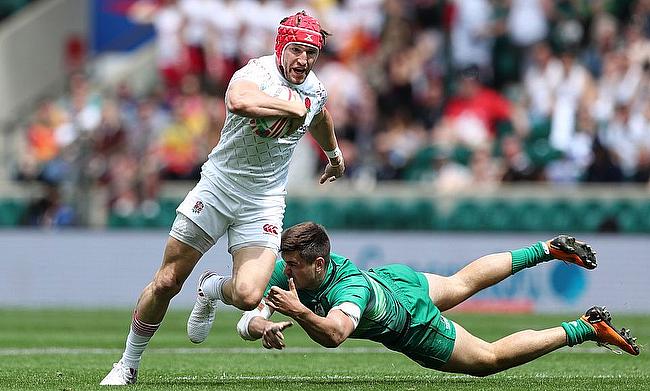 Jeff Williams: France is an amazing place to live and an amazing place to play
Zack Test - The Eagle that went to Loughborough
Looseheadz x TRU Podcast: Hamish Watson discusses the 2021 Lions tour
Carlin Isles: People shouldn’t be mistreated because of their skin colour

When searching Phil Burgess’ name into Google, he is described as an Olympic athlete.

A member of the Team GB side that won silver in 2016, he is one of several England Sevens players who will now be without a contract on the 31st of August.

Due to the financial insecurity caused by Covid-19, the RFU has been unable to renew player contracts. As a result, Burgess and other senior members of the sevens set-up must now find clubs to play rugby at or go into full-time work until contracts can be offered in the run up to the delayed Olympic Games in 2021.

If everything had gone to plan, the Sevens in Tokyo would be concluding with a show piece final this Saturday. In stark contrast, Burgess calls from the home counties. A core part of the England set-up for much of the last decade, he says that with so much uncertainty as to when the World Series will resume after its postponement, it is unclear when contracts could be put back on the table.

“Realistically, we don’t know when the competitions are going to be, so the RFU, under their financial constraints that they are under at the moment and Covid-19 has compounded that, have made the decision to pull the programme for now in its current structure,” Burgess said. “They are not sure what they are going to do with it.

“As a player, we have not been told anything yet. I think the RFU don’t know what they are going to do with it quite yet. They were, I believe, hoping for funding from all sorts of people, but I don’t think that has been successful. If there had been any success in that aspect, the players would have hopefully been the first people to have found out about it.

“We were advised to explore all opportunities, whether that be playing rugby or not. That was the line that we were given. Some of the guys have been fortunate enough to find clubs to play for, others haven’t so much. Other people are at different stages of their career, deciding what they want to do, whether they can hold out for another year and try for an Olympics.”

As of today, the Dubai and Cape Town legs of the World Series, will not take place. Orginally scheduled for November and December, the two stages are combined tournaments meaning that the men and women play at the same competition.

The women’s sevens programme also has its own challenges to face over the next few months. Recently, Josie Ounsley signed for Sale Sharks’ women’s side, signalling what could be an influx of England Women’s Sevens players lining up for Premier 15s sides. As a result, this means that they will still be in a full-time rugby environment, but it is unclear how commitments between club and country will be split up ahead of Tokyo.

Burgess was already taking steps towards life after rugby. The Loughborough graduate recently turned 32 and the Olympics was set to be his final benchmark prior to stepping into a new career.

“I have loved playing and I have really enjoyed being able to represent England, be on the World Series and everything like that and my ambition was to compete for a place at the Olympics,” Burgess said. “It would have been amazing, my second Olympics, then whatever happens, happens. Or, I didn’t get selected and it would be bittersweet knowing that I wasn’t good enough to play at the top level anymore.

“We are in the worst possible position to play rugby and I want to give myself the chance to go and work. The talk of transferrable skills that rugby players have and all this sort of stuff, is fantastic, but the ability for people to take a punt and give you an opportunity to work is very limited, especially within the current climate.”

Having undertaken trial periods with companies when his schedule would allow, Burgess is hoping to become a management consultant post-rugby. As things stand, the former Cornish Pirate is still on the hunt for a role to tie him over until the future becomes clearer, completely aware of the immense uncertainty that the future holds for everyone.