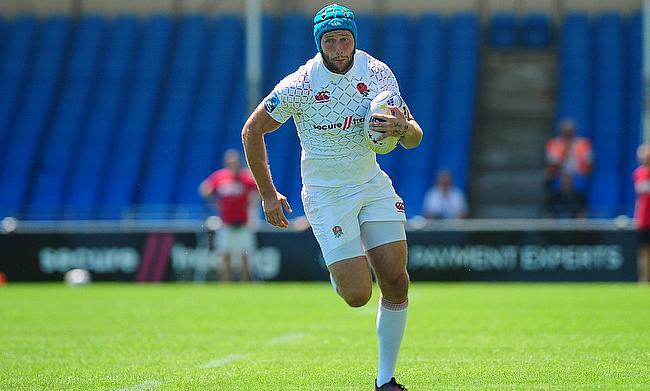 First round of Irish Sevens' Covid-19 testing returns zero positive result
Exclusive: Phil Burgess - I had prepared myself to leave at this point
Jeff Williams: France is an amazing place to live and an amazing place to play
Zack Test - The Eagle that went to Loughborough

Two weeks ago, we heard from Phil Burgess about the immediate future of the England Sevens teams but it has since emerged that the programme is set to have its funding cut, meaning that each of the 18 centrally contracted players will lose their jobs.

This is of course another result of the financial constraints that the RFU finds itself in as a result of the global pandemic, but it is still a surprise to many.

It is not as if the England Sevens programme hasn’t proven fruitful in its history.

Despite having never won a World Series title, England have been consistent, regularly placing in the top four of the competition, although it is in one-off competitions that England have show their quality. At the 2016 Olympic Games, the Men’s Team GB side won silver and at the 2018 Commonwealth Games on the Gold Coast, the side won bronze and placed second at the last Sevens World Cup.

“I thought they wouldn’t cut a complete sevens programme, which offers a load to the country and everyone watching around the world,” England Sevens player Rich De Carpentier told TRU. “Wherever we go, people are interested in watching it. I was shocked by the ruthlessness of the RFU to be honest.

“Them saying ‘see you later’ to the lads and you think that there would be contingencies in place for funding. I don’t really know what is next for England Sevens in the future, whether it is going to die completely or whether we are shot and wounded or completely dead.”

Is there a way England 7s could be fun separate from England Rugby, funded privately? Like a club side would? England needs a 7s team, the passion for it is too big now not to have one. pic.twitter.com/mCHJZ8TyzH

As things stand, England Sevens athletes are still hoping that UK Sport could offer financial support to a Team GB programme that could see many of the country's stars stay professional before moving on after the Olympics in Tokyo.

De Carpentier, himself, is on the look out for either a Premiership club to play his rugby at or for a full-time role to allow the former Kirkham schoolboy to keep himself afloat financially. Setting up a coaching business as well as searching for a role, the former Leicester Tigers and Worcester flanker says it is difficult to know exactly what the future looks like.

“I thought they would maybe contract us again in January, just for a seven month contract until the Olympics,” De Carpentier. “I have put the wheels in motion, chatting to as many clubs as I can, just looking at potentially getting a job for a year, just to try and put bread on the table for the family.

“It is a pretty uncomfortable situation and it is kind of devastating. I am not the only one with a young family and a mortgage to pay. It’s not like I can sell my house and move because I don’t have a job."

More recently, former England Sevens player Tom May has tweeted about possible ways in which the England set-up could be saved with private investment. Mike Friday, too, hypothesised a similar method in an interview with Talking Rugby Union earlier this summer stating that sevens could follow the same path as cycling with principle sponsors of nations.

Whilst de Carpentier is uncertain if this is a possibility for national programmes, he agrees that it is a viable option for the future with the RFU unlikely to reinstate their funding anytime soon.

“We are still hoping at the sevens that the UK Sport funding comes in, because we do so well in one off tournaments,” De Carpentier said. “We have smashed it. Two silvers and a bronze. We are still hoping for that one-off funding from UK Sport for this year, but if it doesn’t, I don’t think it (private funding) is a bad shout.

“I had already spoken to Tom May because he is trying to help me transition as well, it is not a bad route and you think the support is there from the people. It feels like the only people not supporting us are the RFU.”

It was a group phone call that England’s Sevens programme found out its fate. More painful still, is the fact that the squad had taken pay cuts at the onset of the pandemic in the United Kingdom in what players believed would be a step to protect their livelihoods long-term.

“We took pay cuts and we were told that we were taking them to try and save the programme,” De Carpentier said. “We have been on cuts since the start of lockdown. They asked if we would accept pay cuts and we said we would like to see what there was in the future for the programme and they told us there would not be a sevens programme to come back to if we didn’t accept them.

“We accepted them and we have had nothing back.”