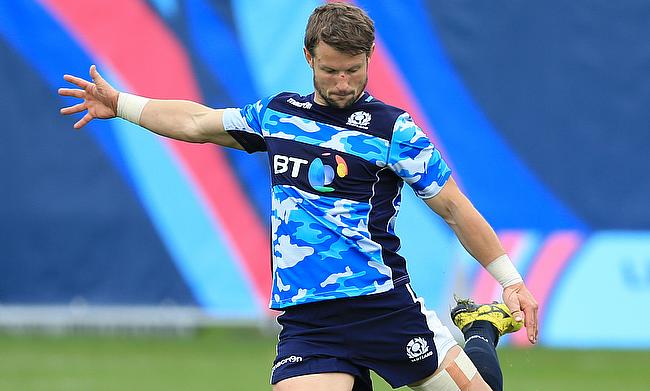 Scotland international Pete Horne becomes the latest player to commit his future with Glasgow Warriors after signing a new two-year deal with the Pro 14 club.

The 30-year-old has been with Glasgow Warriors since his senior debut in 2010 and has racked up 166 appearances for the club becoming the fourth highest capped player for the Scotstoun outfit after Chris Fusaro, Graeme Morrison and Harley. In the process, he has racked up 400 points that also includes 24 tries.

“I’m really happy to be staying,” he told glasgowwarriors.org.

“Glasgow has a special place in my heart. I’ve been here for 11 seasons now, and I’ve been part of the journey to get where we are today. I’m really pleased to sign up for another two years.

“This club is home to me. To be able to come in every day, see your best mates and then go out and play alongside them is a special feeling.

“I spoke to Danny [Wilson] a lot – I’ve had a good dialogue with him over the course of the season. He’s got a great vision for the club and how he wants us to keep progressing, and it’s something I want to be part of.”

Horne made his international debut for Scotland in June 2013 and has featured in 45 Tests. He was also part of the Dark Blues squad during the 2015 and 2019 World Cups.

Glasgow Warriors are positioned fourth in Conference A table of Pro 14 after six wins from 11 games and will face Dragons at Scotstoun Stadium next on 23rd February.