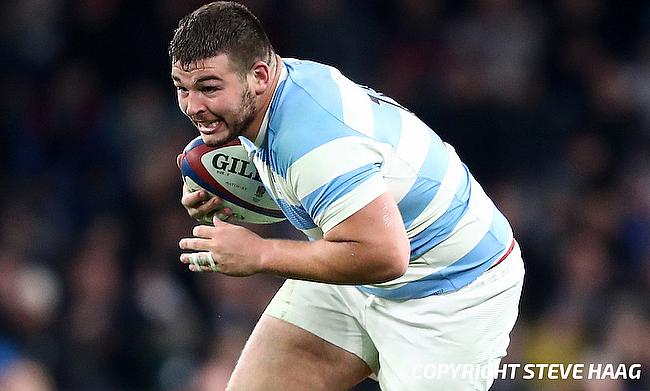 Glasgow Warriors have confirmed the signing of Argentina international Enrique Pieretto ahead of the 2020/21 season.

Pieretto started his professional rugby career with Córdoba Athletic Club in 2014 before joining Super Rugby club Jaguares in 2016 where he suffered an ACL injury that kept him out for most of the 2018 season. Following the 2019 Super Rugby season, the 25-year-old made a switch to Gallagher Premiership side Exeter Chiefs and now will head to Scotstoun on a two-year deal subject to visa and medical clearances.

“Glasgow Warriors is a great club with great players and I chose to join to improve and grow as a player,” Pieretto told Glasgow’s website.

“I can learn a lot from the coaches and players. It’s a good opportunity for me and I’m extremely grateful for that.

“I spoke to Danny [Wilson] and he told me his plans for the future. I’m excited about his vision and I’m looking forward to playing for him and the other coaches.

“It’s a fast pitch at Scotstoun and the fans are really noisy. I enjoyed playing there last month with Exeter Chiefs.

“I will give everything to the club and supporters when I join next season.”

His international debut for the Pumas came in 2016 and has gone on to play 24 Tests for Argentina including the recent most World Cup campaign in Japan last year.

Glasgow Warriors head coach Danny Wilson is excited about the prospect of Pieretto joining the club next season.

“Enrique has 24 caps for Argentina and we’ve been impressed with his performances for Exeter Chiefs, including the recent game against Glasgow.

“He’s an abrasive and aggressive scrummager and it’s great news that he has decided to join us next season.”