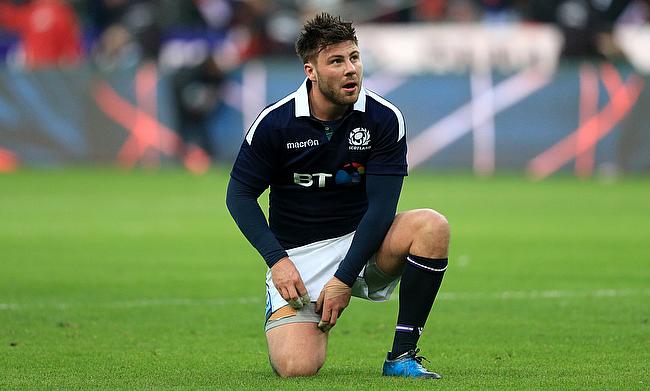 Ali Price has been with Glasgow Warriors since 2013
©PA

Glasgow Warriors have confirmed that Scotland international Ali Price has extended his stay at the Pro14 club after signing a new two-year contract.

Price now becomes the seventh player in recent times to recommit to the club while his international team-mate Richie Gray will also rejoin the Warriors ahead of the 2020/21 season.

The 26-year-old started his senior career with Bedford Blues and was signed by Glasgow Warriors in their Elite Development Programme during the 2013/14 season. In December 2015, he signed his first professional contract with Glasgow Warriors after graduating from the Scottish Rugby Academy.

Price has gone to make 85 appearances for Glasgow and has gone on to score 17 tries.

“I’m very happy to be staying. This club has given me a lot – I've been here for six seasons and I call the club and city home," he told glasgowwarriors.org.

“You see how proud I feel about this club on the field - the excitement and buzz you get from the supporters is brilliant, and I’ve been very fortunate to be in this environment for a while now. It’s something I think is very hard to find.

"You get boys coming into the club that say how great an environment it is, and how much everyone gets on and works with each other.

“That for me makes it easy to commit for another couple of years, when those foundations at the club are so firm. It’s a special club.

“I met Danny (Wilson) when he started out with Scotland - I’ve spoken to him quite a bit over the last couple of months and I get on with him really well.

"I want to work on my leadership now I’ve got a number of games behind me, so I’ve spoken to Danny about that and the vision for the club moving forward.”

Price made his debut for Scotland in 2016 and has gone on to play 28 Tests for the Dark Blues including a solitary appearance in the recently concluded World Cup in Japan.

Glasgow are positioned third in Conference A table of Pro 14 after managing five victories from 10 games.