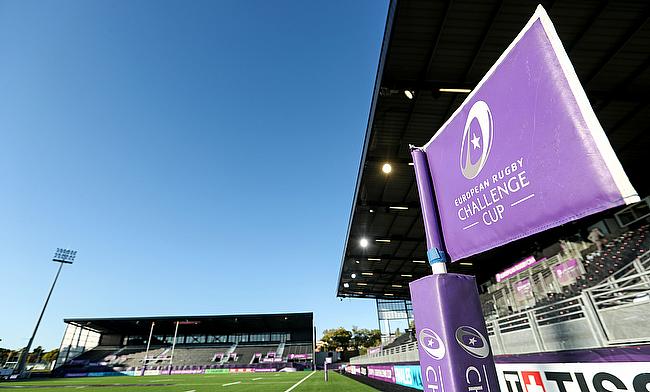 Last weekend, we saw a much-changed Bristol Bears side lose heavily to Wasps in the Gallagher Premiership.

Five days later, the West Country outfit are going to be back to full strength, with Pat Lam having announced his squad for the Challenge Cup quarter-final against Dragons.

Friday's game will see Bristol play their fourth match in 14 days and the busy schedule forced Lam to make wholesale changes for the Bears' visit to the Ricoh Arena following a dominant victory against Northampton in midweek.

An inexperienced Bristol side fell to a humbling 59-35 loss in the West Midlands and as a result, the Bears dropped out of the top four, but they are still level on points with Sale Sharks.

Playing Leicester Tigers and then London Irish to end their Premiership campaign, it is unclear if their European commitments will cost Lam's charges a chance of becoming the English champions.

“We adjusted for the first set of midweek games, but in the second set, when we knew when the quarter-finals were going to be done, EPCR told us we were going to be playing Friday night,” Lam said.

“We put in a request so that we could get that changed because we knew we were coming off a Sunday game, which was coming off three midweek games and we said that we were going to have the issue of going through four games in 14 days.

“They declined that request and said that we needed to play on the Friday. We were keen to do what Leicester ended up doing, with their quarter-final on the Sunday. That’s what we would have been keen on. If we had that, then we wouldn’t have been in this situation where we were forced to make changes against Wasps. It is fair to say that the most important thing for us was Europe, so that put us into that situation, and I think we were the only team who faced that, so we had to plan accordingly.

“We had clear goals at the start of this season, number one with the Challenge Cup. We said that we wanted to win that and number two was the Premiership, which our minimum goal was top six. We are now sitting in fifth and we can’t drop below that so that’s a massive achievement to date in the sense of where Bristol have come from.

“We have all faced different challenges, different circumstances and we have had to play accordingly. We are looking forward to Friday night and hopefully we can earn ourselves a home semi-final, so there is a big carrot in front of us.”

Kyle Sinckler and Semi Radradra are just two of the returning faces to Lam’s side and in Dragons, there will be a real game on Friday night. Each side is stacked with talent and the team that will be making the trip from Newport have had a three week break since they last took to the field.

Lam and Ryan’s relationship goes back over 20 years, to when they were packing down in the back-row for Newcastle Falcons together. At one stage, too, Ryan was the man in charge of Bristol’s fortunes before going on to pastures new as the game further found its feet as a professional sport.

With that in mind, Lam has an idea of what to expect when his old friend crosses the Severn Bridge to try and secure a place in the semi-finals of the competition.

“They will be highly motivated and highly physical and I’m imagining they will pick up all of their international players, all the players that can do a one off for them in a game,” Lam said. “It would be an injustice to our guys if they were coming off Sunday, physically tired and try to go against a group of experienced campaigners who have had two weeks to be fresh for this game.

“There is a lot of talent in that group and, again, we are expecting physicality. We are expecting a real tough game, so making sure that we have been prepared for that has been key this week.”