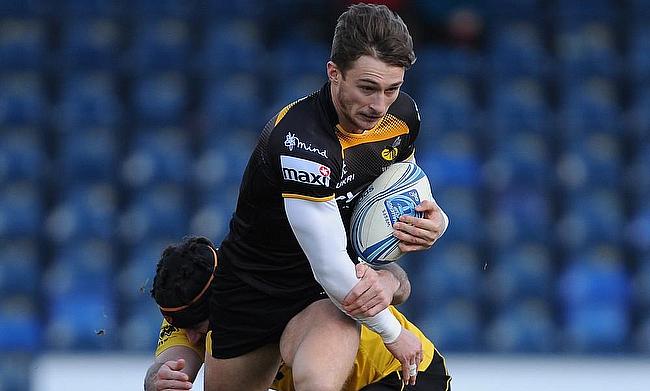 12 positive cases in latest round of Premiership testing
Bristol Bears lose appeal against Siale Piutau's three-game ban
Sale Sharks and their Premiership top four rivals braced for crucial weekend
Exclusive: ‘It is still in our hands’ – Bristol Bears’ Callum Sheedy on the battle for the top four

It was another try-fest at the Ricoh Arena on Sunday as Wasps ran out 59-35 winners over Bristol Bears.

TRU's Joe Harvey was in Coventry to see the game and has penned his thoughts below.

It was quite the first half. Within 20 minutes, Wasps had their bonus point, their blend of physical play and flair in the backs reaping rewards on what was a dry and crisp day in Coventry. Within the first minute, Jack Willis had his score. Brad Shields’ charge down of a Chris Cook box-kick resulted in his side being meters out, and the back-rower benefitted.

Whilst Jimmy Gopperth could not convert that try early on, he would do so some five minutes later. Josh Bassett was the man registering the second score, taking advantage of some unstructured defence from Bristol to go over relatively unopposed.

To complete their third and fourth tries, it was all grunt from the home team. Both Tom Cruse and Will Rowlands were powered over after some more dominance from Wasps, with their inside centre bagging both conversions.

Following changes for both teams, Bristol finally got on the scoresheet. Max Malins scythed past Wasps defenders to register his first try, crossing with no black shirts near him to give the Bears some hope with a lot of time still to play.

The on loan back would strike again to give further reason to be optimistic. Breaking through with relative ease for the second time, Malins and Piers O’Conor played the ball between themselves before the latter scored. Malins converted once more, but Wasps would score a fifth through Zach Kibirige, the wing picking his line well to keep the hosts ahead at the half.

The second half started in much the same way, although with a bit less intensity. Wasps resumed their scoring through their scrum-half, Dan Robson. Gopperth was instrumental in the effort as his grubber through was collected by Kibirige who offloaded to Robson to stroll over for a converted try.

Lee Blackett saw his side extend their lead to 31 points some moments later. This time it was a penalty try that kept the scoreline ticking as a promising Wasps scrum prompted the referee to give them seven points.

Malins continued to press his importance with a second try for Bristol. It was a break from former Leinster hooker Bryan Byrne that led to his fly-half scoring. The Dubliner offloaded to Malins in contact to send him over and give the Saracens man a further two points from the tee.

With 10 minutes remaining, the second Willis would have a try to his name. After a high challenge by Bristol, Wasps were camped by the Bears try-line and after numerous phases, the home side found themselves under the posts and Tom Willis twisted his considerable frame over to restore that 31 point lead after Gopperth’s conversion.

Ian Tempest made it a penalty try each in the closing minutes. Wasps collapsed a Bristol maul that was no doubt rumbling over, with James Gaskell finding himself in the sin-bin for the remainder of the game for dragging the Bears down.

Hardly deterred by this man advantage, Wasps proceeded to march right up the field and score again. Replacement hooker Gabriel Oghre was the player to get a just reward this time, beaming after collecting his five points for the day. Gopperth converted, pushing Wasps’ score to just below 60 points.

Bristol continued to rally and used their forward momentum to score what could be a crucial bonus-point try through replacement loosehead prop Peter McCabe. Malins’ conversion was the final action for the day.

What a scoreline like this suggests is that Wasps completely ran away with this game. Whilst at times that was true, Bristol would have been right back in it if it weren't for their costly mistakes. These errors can most likely be attributed to a variety of things, with an inexperienced line-up being just one.

There were clear positives for Pat Lam. Max Malins impressed at fly-half. So often utilised at 15 by Mark McCall at Sarries, it was good to see him have such a dominant performance in the engine room and be allowed to play the free-flowing rugby that many saw him produce at times for the current champions and for Old Albanian in National Two.

More than anything, this loss will be a learning point for Lam and his staff. Obviously this XV is unlikely to see the field again and it was more a necessity given the current climate and run of fixtures, but the Bristol coaches would have learnt about individuals, with several of his short-term contracted players having been involved this afternoon.

As for Wasps, it was definitely a case of more of the same. 18 tries in two games is definitely a stat that will please Lee Blackett, having selected a largely unchanged side from Wednesday's clash with Leicester Tigers. It was many of the same players that had a big say in this game.

Jacob Umaga pulled the strings once more in midfield, working extremely well with Jimmy Gopperth to put Wasps in good positions around the field. Midfield teammate, Malakai Fekitoa, also had an influence. So deadly whilst in attack, it was the former All Black's work in defence that made him stand out from the crowd.

Chasing the ball so well, Fekitoa often tackled many of the Bears men who received the ball from kicks through by Wasps or territory play. Both wings looked sharp, no doubt enthused by the weather. The win ultimately means that Wasps' top four chances are vastly improved and going into a break due to having no European commitments, there is a chance that the side could even come back stronger.