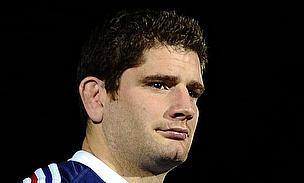 Big-money imports to the Top 14 are damaging France's national team development, according to captain Pascal Pape.

France finished bottom of the 2013 RBS 6 Nations table, managing just one victory and leading coach Philippe Saint-Andre to make sweeping changes to his squad this year.

Pape will stand in for injured skipper Thierry Dusautoir in the Six Nations, with the 33-year-old admitting club squads packed with foreign recruits have a damaging effect at the next level.

"To fill in some positions in the team can become very difficult indeed," he said.

"My club trusts home-grown players and that's important, and I wish more did the same.

"Other clubs don't, it's a shame and it impacts on the national side.

"It is something that we could really do with changing."

Saint-Andre believes France must skip the entrees and devour the main course to have any chance of a successful championship.

The French host bitter rivals England, or as they lovingly dub them 'Les Rosbifs', at Stade de France on Saturday, February 1.

In the professional era France have lifted the Six Nations title every season directly following a British and Irish Lions tour.

Saint-Andre hopes for a repeat, but refused to mark his side out as favourites solely through circumstance.

"We don't start with a starter: we start with the main course, Les Rosbifs straight away," said the France coach.

"When you finish bottom in 2013 it's difficult to say you are favourites in 2014, Wales and England are still the favourites.

"Last year it was very painful because small details make the difference.

"I just believe in this squad, in these young players.

"I am sure this team will be much more competitive than last year.

"I hope that statistic about the Lions tour can be right again, but we cannot expect after our performance last year.

"When the Lions finish late, in July, it is unusual for them and they play more games.

"But playing 40 games a year is nothing new for our players."