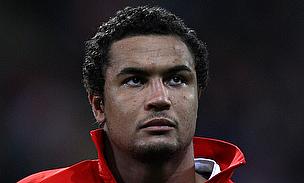 France look set to be without their inspirational captain, and former World Player of the Year, Thierry Dusautoir, for the entire Six Nations because of injury.

The flanker tore a tendon in his right bicep in Toulouse’s 16-6 Heineken Cup victory over Italian side Zebre on Saturday.

Dusatoir, who has 65 caps for his country, has long-standing been one of the world’s most highly-regarded players, winning the world player of the year award in 2011.

The 32-year-old flanker, who will have surgery on Tuesday or Wednesday, is thought to be out of action for four months and will also miss the Heineken Cup quarters.

France coach Philippe Saint-Andre will be left reeling by the news, which comes just a fortnight before Les Bleus open their Six Nations campaign against England in Paris.

He confirmed that Stade Francais forward Pascal Pape will captain France for the Six Nations in Dusautoir's absence.

Pape has skippered his country on eight previous occasions, and is set to win his 50th cap when he lines up England next month.

"Thierry was back to his best and had an important leadership role in this group," Saint-Andre told the French Rugby Federation's official website.

"Pascal will lead his troops in the right direction early in the tournament, and the first match against England."

France open their 2014 campaign at home to England on Saturday, 1 February.