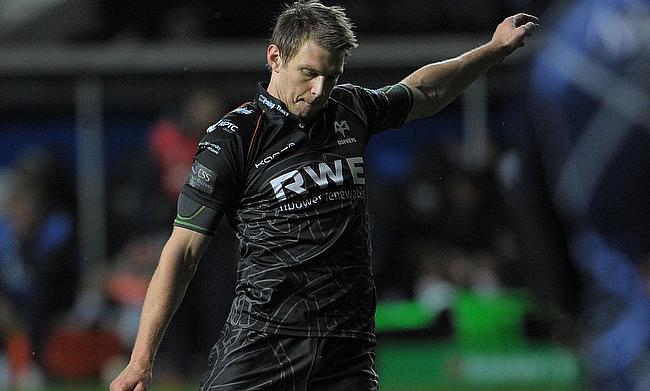 Fly half Gilles Bosch's third minute penalty got Grenoble off the mark but to their disappointment that remained their only points for the rest of the game.

Flanker Olly Cracknell (18'), centre Ashley Beck (29'), Baldwin (33' and 37') and Evans (40') were the try scorers in the first half while Wales international Biggar added four conversions to take Ospreys to a 30-point lead at half time.

The onslaught continued in the second half as well with scrum half Brendon Leonard (41'), Biggar (55'), Dirksen (65' and 77'), replacement Scott Otten (71') along with Evans (74') crossed over while the fly-half added the extras on four occasions to take Ospreys to 71 points.

The 68-point victory was Osprey's fourth this season and they continue to top Pool 2 while Grenoble are at the bottom after losing all the four games.

"The last hour of the game, I thought we were pretty outstanding in fairness to us.

"In the first 20 minutes it was a bit sticky and we had a couple of skill issues and a little bit of set-piece penalties against us.

"But I thought the way we came back - those games are easy go just go off the boil in particular after half time.

"But it was really pleasing to see a lot of young players come off the bench and keep that momentum."