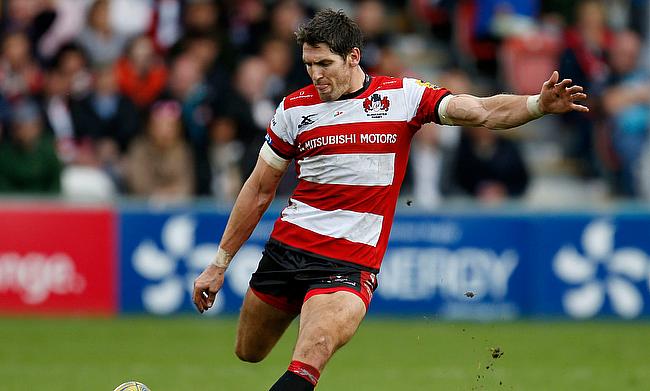 Wales international James Hook will be making a return to Pro 12 club Ospreys after a gap of five years.

The 31-year-old has signed a three-year contract with Ospreys and will join the club at the end of his current campaign with Aviva Premiership side Gloucester Rugby.

The Wales fly-half had a five-year stint with the Welsh regional side between 2006 and 2011 and later switched to USA Perpignan for three years following which he joined Gloucester in 2014.

Hook is extremely delighted to return back to Ospreys and hopes his experience in England and France will help him in the coming years. He also urged on completing the current stint with Gloucester on a high.

"I'm delighted to be going back home next summer.

"It's been fantastic to go away to new places, get some unbelievable experiences in England and France with two great clubs, but I'm coming home to a team that's going places, with good coaches who I know well and a quality squad with some world-class players and really exciting young talent.

"It's good for me personally, as a rugby player, and it's the right thing for my family, to be coming home.

"I always planned, or hoped, that I'd come back but six years is a long time. A lot has changed in that time and anything could have happened. I'm grateful, and fortunate, that I'm getting this opportunity.

"It's important I finish well at Gloucester. It's a great club with some great people involved and they've been really good to me. I've enjoyed my time with the club and I want to end on a high there to say thank you for that, before I can focus on the new challenge at the Ospreys."

Hook also assured that he will continue playing as long as he can give the best on the field.

"I don't think I'm finished yet. I'm only 31, I'm playing week in, week out with Gloucester and I think I've got plenty to give on the field for a few years to come.

"The Ospreys are ambitious, they are creating strength in depth, and that suits me."