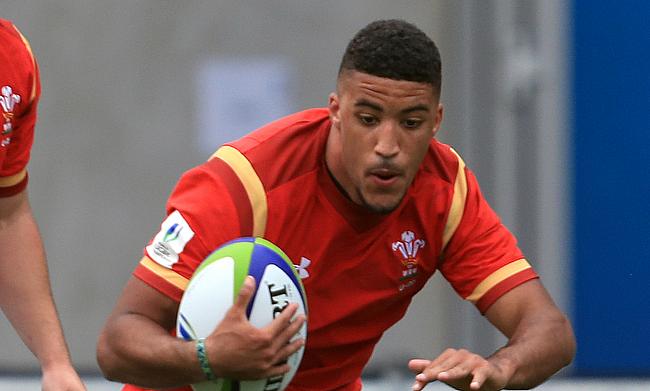 A four-try performance from Ospreys saw them complete a 31-22 bonus-point victory over Edinburgh in the Pro 12 clash at Liberty Stadium on Saturday.

Wing Dafydd Howells (12'), number eight Dan Baker (17') and prop Ma'afu Fia (32') were the try-scorers for Ospreys in the first half while fly-half Sam Davies, who recently signed a long-term deal with the club added all the three conversions and scored a penalty as well to take the score to 24 at half-time.

In response, the comeback man Tonga wing Will Helu (7') and fullback Blair Kinghorn (27') crossed over for Edinburgh with Scotland international Duncan Weir contributing a conversion and a penalty apiece to take them to 15 points by half-time.

There was a bit of controversy surrounding Kinghorn's try in the first half as Edinburgh's Damian Hoyland clattered into Ospreys fullback Dan Evans and the referee deemed it unintentional thereby awardeding the try to the visitors.

With a lead of nine points, wing Keelan Giles strolled past the line for Ospreys at the start of the second half to secure a bonus-point and Davies added the extras for the fourth time.

Even though, Edinburgh produced a late fight through replacement Viliame Mata's try in the 77th minute, they succumbed to a 11-point defeat.

Ospreys head coach Steve Tandy expressed his frustration on the decision of referee to award Kinghorn the try.

"I think it's borderline ridiculous, when you see this game we knew Edinburgh wouldn't be the only frustrating factor, when you get a decision like that, it's pretty laughable.

"I shouldn't think I'll have to put in a report, I've spoken to a few people and I'm struggling to find anyone who says that's a try.

"It's pleasing, the fact we've got five points at home again but there was a bit of frustration in the changing room we left a few opportunities and conceded a few sloppy tries."