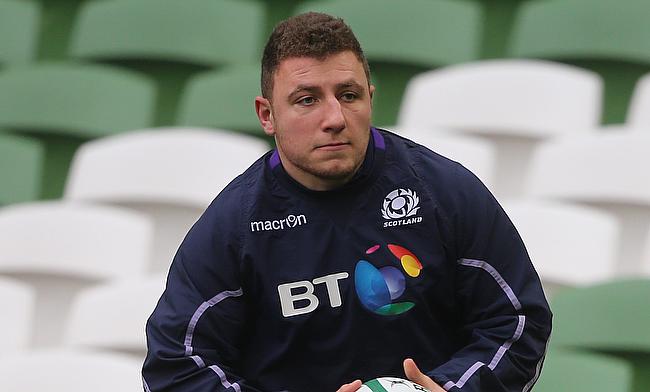 Duncan Weir is back in action for Edinburgh
©PA

Interim head coach of Edinburgh, Duncan Hodge wants his team to put a strong performance in the upcoming Pro 12 clash against Ospreys at Liberty Stadium on Friday.

The Murrayfield based club is currently at the 10th position in the table with just three wins from nine games and are coming from a 27-19 defeat against Newport Gwent Dragons at Rodney Parade last weekend.

Their chances will boosted by the return of Scotland fly-half Duncan Weir and Tonga wing Will Helu.

Weir, who has made 23 international appearance for Scotland has recovered from a fractured jaw and is now fit to take the field on Friday while Helu will play his first game this season after a long-standing hamstring injury.

Allan Dell and Grant Gilchrist will also be available for Edinburgh ahead of Friday's game after completing their international duty with Scotland while centre Junior Rasolea and hooker Stuart McInally are also back in the squad.

"We were disappointed with the loss to Dragons but we're on the road to Wales again and are looking to bounce back with a big performance against a good Ospreys side," said Hodge.

"We've moved on from last week's result, taken lessons from the match and worked hard this week in training to right our wrongs, with the players showing a real focus and positive attitude to make amends to their game, both personally and as a collective.

"Several changes have been made in key positions but it's credit to the depth of our squad that we're able to rotate and field a team with such experience.

"Ospreys are a team who will be high on confidence due to their current form but there is a lot of belief in our side and we're looking forward to challenging them on their home patch."