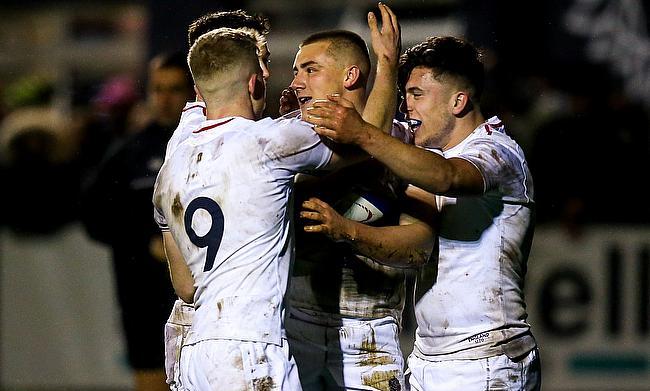 Ollie Sleightholme is one of Northampton's rising stars
©England Rugby

Both the players were products of Northampton Academy and made their senior debuts in 2018.

Sleightholme, who had represented England Under 18 and Under 20 teams in the past featured first for Northampton in a Premiership Rugby Cup match against Bristol Bears in October 2018 before making his Premiership debut three weeks later. He has made 17 first-team appearances scoring 10 tries in it.

“I feel extremely fortunate to be a part of this squad. We have a really diverse back three and the competition to play is really high – as a young player, you want to be able to prove yourself amongst the most talented guys," he told the official website of the club.

“This group got a taste of winning silverware again last season and now we’re pushing on for more of the same. It’s such a special feeling to know the Town is behind us every time we run out at Franklin’s Gardens, so we want to deliver for them week in, week out.”

“Obviously I’m thrilled to be staying with Saints and to be given the opportunity to continue to develop myself as a player,” said Tupai.

“The culture within the squad is incredible, the coaches have a brilliant track record of bringing through young players, and the Club means an awful lot to my family and I – so it was an easy decision to sign on again, as Saints ticks every box for me.”