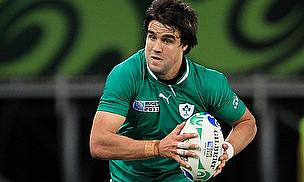 In stark contrast to Round 1, there are ten games in the November Internationals  2014 Round 2 and if you get through this round with a 100 per cent record then as Fitzy used to say, "full credit".

November Internationals Round 2 2014
Round 2

The November Internationals are in full swing this weekend with teams with a range of abilities playing each other. Most of these games should be close with teams fine tuning their skills before the Rugby World Cup 2015.

Some matches are at neutral venues which make them hard to pick, while some teams aren’t at full strength which could cause problems for tipsters.

Also, with some teams playing at home likely to gain a significant home advantage in their own conditions. This will be a great leveller for the likes of England, Ireland, Scotland, Wales and Italy this weekend, so expect some tight score lines.

This is one of the most anticipated matches of the round with New Zealand, the favourites, but England, the new class look the most likely they have in some seasons.

These two teams met in New Zealand earlier this season and England claimed moral victories if nothing else in two of the tests losing by less than a handful of points. Playing at Twickenham will be a challenge for the All Blacks who have won 15 out of 21 times at Twickenham, but will still be hurting following the 2012 defeat there.

The All Blacks have had some close shaves in recent test matches against any team over the last few years with the gap between them and the rest of the field closing. They are the favourites to win, with England having some injury concerns, but this England team looks to have some backline punch and depth that previous England teams would be jealous of.

The Six Nations Champions have flourished under coach Joe Schmidt and they will be a challenge for the rejuvenated Springboks.

Both of these teams are on the rise heading towards the Rugby World Cup 2015, with the Springboks beating the All Blacks in their final game of the Rugby Championship. Both teams have introduced some new faces in the last few seasons, but have a core of experienced players.

These two teams have battled out some tight matches over the past decade both at home and away.

The home advantage will give the sixth ranked Wales a boost against the fourth ranked Australians.  Despite internal friction, the Wallabies almost snuck a win against the All Black in October and will be a threat for the Welsh.

The brave Scots and Argentina have played out some close, but dour matches in the past. I remember sitting through their Rugby World Cup 2011 fixture!

Scotland has hosted Argentina five times and lost the last four times. Argentina will be spurred on by their maiden win in the Rugby Championship.

The Scots will battle at home, but should still go down. Scotland are the 8th ranked team in the world, while Argentina are ranked 10th (somehow!)

In other matches, expect the home advantage to be enough to get Georgia and Romania against Tonga and USA, while Italy hosts Samoa and we are going for Samoa to win that match. Georgia are better than most people realise and should give Tonga a tough time.

Canada should be too strong for Namibia in Wales. It is hard to know what kind of margin is on the cards in this game.

France should easily account for Fiji, with this potentially being one of the most one-sided matches of the Round.

The New Zealand Maori All Blacks should also be too strong for Japan with a comfortable margin expected.

Who are you picking to win the November Internationals Round 2?