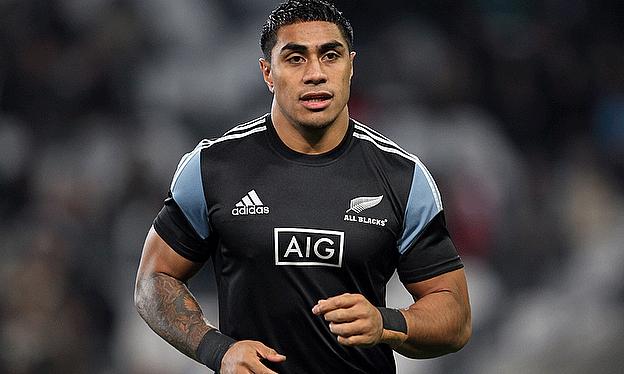 Will Malakai Fekitoa feature in the starting XV
©PA

What can we read into All Blacks' selection?
Who Is Better, Julian Savea Or Jonah Lomu?
Nonu ruled out for the rest of the year
AB's team to play Argentina features BB

The All Blacks team to play England in the November Internationals is due to be named shortly, who would you select?

It is difficult to know how much to read into performances and selections against USA Eagles, while there are some players returning from injuries who may not be risked.

There are two starting positions up for grabs, while these will help to determine what the bench looks like.

There is a three horse race for the Number 10 and 12 jerseys.

Beauden Barrett looks to have the inside running as the first choice first five eighth with Aaron Cruden damaging his own chances after being suspended earlier this season, while Dan Carter is just returning from injury and it is hard to know if the experienced class of Dan Carter is ready to start a test match against England. He did look sharp coming off the bench against the USA and his goalkicking was better than the man he replaced (Cruden).

In Ma'a Nonu's absence, the battle for the Number 12 jersey is just as intriguing. Sometimes having too much depth is a curse with none of the three options being overly experienced test match players, but still quality players in their own right.

Malakai Fekitoa has impressed at centre during Super Rugby and his attacking skills at both centre and second five eighth recently have potentially seen him leapfrog his fellow contenders. There are some question marks over his defence, especially if he plays outside Beauden Barrett. These two started against South Africa and have huge potential but can be vulnerable in some defensive situations.

Ryan Crotty is Mr Reliable and a great defender, but playing inside Conrad Smith does this make for too much of the same in midfield? Crotty has done everything asked of him in the black jersey and wouldn't let the team down. He doesn't offer the attacking flair of the other two contenders, but offers reliability.

Who the selectors pick in the Number 10 and 12 jerseys may also shape the benches.

Here is my All Blacks team to play England:

What do you think of this All Blacks team to play England?