All Blacks v USA - was it worth it? 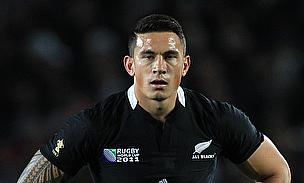 Sonny Bill Williams scored two tries on his return but was the game a success?
©Press Association

November internationals round 1 preview
New Zealand deny Australia at the last
Premiership clubs to release US players
What can we read into All Blacks' selection?

The All Blacks easily defeated the USA Eagles 74-6 in an exhibition game at Soldier Field, Chicago, was this the promotion that rugby or even AIG wanted?

There was plenty of hype about this game, mainly from New Zealand media desperately wanting an angle that suggested that more Americans care about rugby than actually do.

One look at the 61,000 strong stadium suggests that while we were led to believe that the sell-out crowd was mainly home fans, pictures broadcast throughout the world suggest otherwise. It was a great excuse for Kiwis living in the USA to get their rugby fix, while others saw it as a great opportunity for a trip to visit Uncle Sam. I wonder how many Americans were in the crowd?

The Americans I have spoken to were slightly intrigued by rugby, but to be honest, there are too many rules involved and when the semi-professional USA Eagles team gets thrashed at home by nearly seventy points then it may have actually put Americans off the game.

Americans love their football, basketball, baseball and maybe ice hockey, but other sports like soccer, rugby and cricket look destined to play second fiddle, so it will be interesting to see how much of an impact can be made.

The game itself was always going to be one sided. The All Blacks always threatened with the ball in hand and scored some great tries, but this was simply a training run for them and the lopsided scoreline suggested this. The USA still haven't scored a try against the All Blacks and lack variety in attack, although they showed glimpses of potential.

It was a bit like when the USA Dreamteam played the New Zealand Tall Blacks at the recent FIBA World Basketball Championships. You always knew the result and seeing the underdog getting predictably beaten does little to inspire their fans to take up the sport.

For the record, the final score was 74-6 and it could have been a lot higher if the All Blacks kicker Aaron Cruden didn't miss so many kicks.

Dan Carter replaced him in the second half and showed that he is a quality player still. The All Blacks were heading for a point a minute win, but went off the boil slightly towards the end, although it is hard when you are winning by so much.

I loved Kieran Read's assist for one of the tries from a scrum, while it was great to see SBW back in action. The only problem from this game was that Nathan Harris, Cory Jane and Sonny Bill Williams all went off the field injured, was it worth it?

Hopefully there was nothing too serious as this was merely a training run before England next week. It will be interesting to see who starts in the Number 10 jersey in that game.

The USA market is huge and there are one million players in the USA, but it seems that rugby is only popular in pockets of the USA. Do you think by playing rugby in the USA, the game will grow there?

USA Eagles needs to play more international test matches against similar nations to their 18th ranking. They need to develop their one million players who are mainly high school or college players.

I would be interested to see how much money was made by having the All Blacks play in the USA. Hopefully it has done some good for the game, but we thought the same about the 1994 FIFA World Cup in the USA and there was only limited success in changing the USA, sure MLS soccer started, but it didn’t quite explode like we were led to believe.

Was this about growing the game or making money? It will be interesting to see how much money was made by playing this game and if playing numbers in the USA and the competitive of their national team increases.