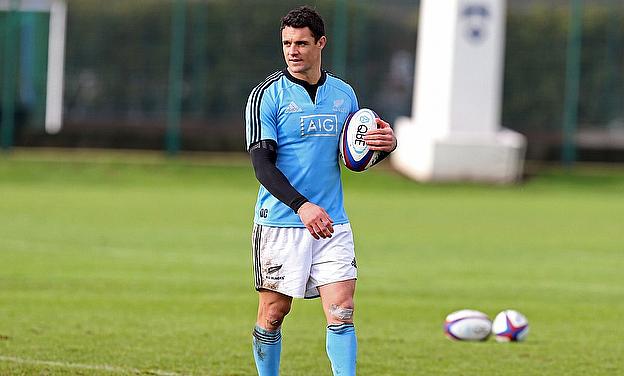 All Blacks Team To Play England - Predictions...
What can we read into All Blacks' selection?
Who Is Better, Julian Savea Or Jonah Lomu?
Nonu ruled out for the rest of the year

Dan Carter has missed out on a place in New Zealand's match-day 23 for the clash against England at Twickenham on Saturday.

The superstar fly-half made his return from serious injury with a 30- minute appearance during New Zealand's 74-6 victory over the United States in Chicago last weekend.

But All Blacks head coach Steve Hansen has decided to take no chances on Carter in a game of such magnitude, with Aaron Cruden wearing the number 10 shirt and Beauden Barrett providing bench cover.

Hansen's team and replacements boast a combined total of more than 1,000 caps.

"This Test match is a great opportunity to once again experience the atmosphere of Twickenham and to lay down a marker of where we are currently at in relation to our opponents, England," Hansen said.

"We are extremely excited about this challenge and looking forward to it immensely.

"Having played England already three times this year, at the beginning of our season, and again having the opportunity to play them at the end of season, will tell us a lot about how much our game has progressed."

England suffered a 3-0 Test series defeat in New Zealand earlier this year, but they beat the All Blacks 38-21 at Twickenham two years ago after second-half tries from Brad Barritt, Chris Ashton and Manu Tuilagi secured a famous victory.