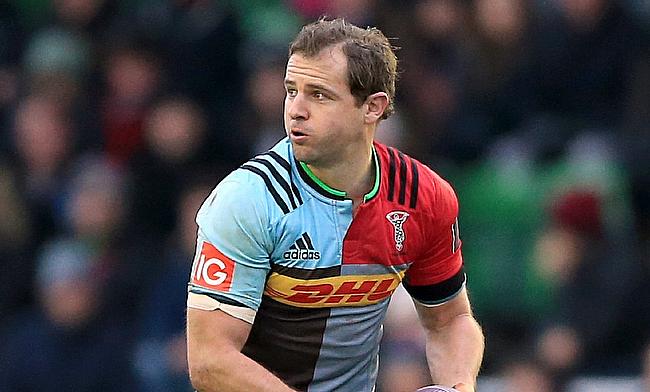 Nick Evans, Matt Dawson and Jason Leonard will be among the elite list as they are set to be inducted into the Premiership Rugby Hall of Fame.

The three legends will be inducted in a ceremony at Twickenham Stadium on 31st May - a day before the Gallagher Premiership final is scheduled.

Former All Blacks Evans featured for Harlequins between 2008 and 2017 racking over 200 appearances and helped the club claim their maiden Premiership title during the 2011/12 season. The 38-year-old has amassed over 2,000 points and post retirement he joined the club as skills and off the ball coach.

“The word ‘legendary’ is really over-used within the modern sporting world, but in the case of Nick Evans and his rugby playing career at Harlequins, it is the perfect description," said the then Harlequins director of Rugby John Kingston on Evans' retirement.

Meanwhile, Leonard has 114 caps for England and was part of the red rose squad that clinched which four Grand Slams (1991, 1992, 1995 and 2003) and the 2003 Rugby World Cup. He also represented British and Irish Lions in five Tests and enjoyed series win in 1997 during the tour of South Africa.

The 50-year-old also made 290 appearances for Harlequins between 1990 and 2004 and previously represented Saracens. Despite hanging up his boots Leonard and rugby have continued to go hand-in-hand, becoming RFU President, Lions chairman and also the second recipient of The Prince Obolensky Award presented by the The Prince Obolensky Association to those in rugby who embody the Corinthian spirit.

His professional rugby debut though came for Northampton Saints in 1991 and in 2000 he enjoyed a Champions Cup title win and in 2004 he switched to London Wasps. He was part of the 1997, 2001 and 2005 tours with the British and Irish Lions.