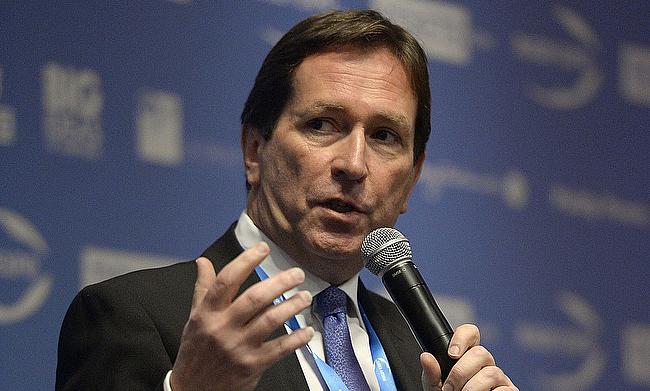 Premiership Rugby CEO Mark McCafferty has confirmed that he will step down from his role at the end of the ongoing season.

McCafferty has held the role for 14 years and has been clinical in multiplying the revenues after negotiating three major deals and also managed to get with US insurance company Gallagher as title sponsor for the Premiership.

The 60-year-old will now join CVC Capital Partners as an advisor with the private equity firm also holding a minority stake in the Premiership Rugby - which they acquired in December last year.

McCafferty will now be replaced by Darren Childs, who held the chief executive position of Britain’s biggest multichannel broadcaster UKTV.

"Gallagher Premiership Rugby has become a brilliant and captivating competition for our fans, as the closeness of this season fully demonstrates, and it does what we believe professional sport should always do - demand excellence, create intense rivalry but mutual respect, and inspire people of all ages to become part of it," said McCafferty.

"I am looking forward to ensuring an effective transition with Darren and to my continued involvement in rugby, working from a new vantage point alongside CVC."

Incoming Chief Executive of Childs is excited about the opportunity and is looking forward to help the board grow further.

"I am excited about the challenge that working in a new industry brings, especially one on the cusp of a transformation like Rugby.

"I have always admired the values Rugby demonstrates on the pitch and in the community and it will be a fantastic opportunity to work with the Clubs, and the Board to create even more fans of the sport.

"Premiership Rugby and European Professional Club Rugby are full of thrills and the future will certainly provide many more."