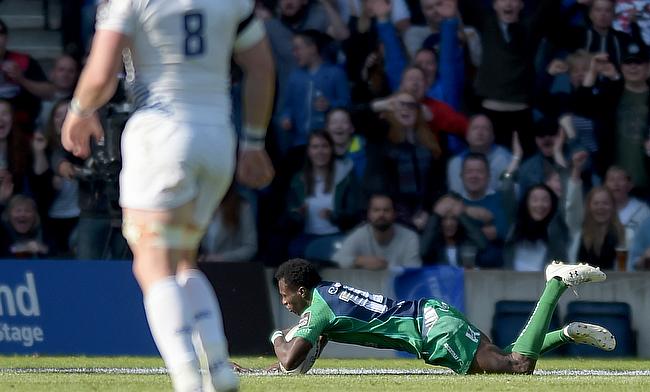 Connacht have secured their maiden Pro12 title after defeating Leinster 20-10 in the final at Murrayfield on Saturday.

Leinster looked the powerhouse among the two and favourites to win the final after topping the league table and followed with a convincing victory over Ulster in the play-off.

Connacht too had an impressive outing in group stages and managed to edge out former champions Glasgow in the play-off to reach their maiden final as compared to Leinster, who were playing their sixth final in the last seven seasons.

It was all Pat Lam's men in the first-half as fullback Tiernan O'Halloran scored the opening try after breaching the defence of Rob Kearney in the 12th minute. Fly-half Aj MacGinty added the extras.

Connacht pace was too much to handle for Leinster as winger Niyi Adeolokun controlled his own chip over the top and completed the second try in the 21st minute and with MacGinty scoring a penalty six minutes later, the Galway based team reached 15-0 at half-time.

Leinster finally managed to open their account in the 43rd minute when Ireland international Johnny Sexton scored a penalty.

Connacht continued to exert pressure on the Dublin team as hooker Tom McCartney almost touched the line but was tackled down by Sexton in the last second.

However, winger Matt Healy ensured no such things happened in the 56th minute as his try took Leinster to a comfortable 20-3 margin.

Leinster's hope of making a comeback took a turn after replacement Zane Kirchner's try was denied after a debatable forward pass call.

But, a couple of minutes later, replacement Sean Cronin touched the line to score the first try for Leinster in the game and with Sexton's conversion the scoreline was 20-10 with 13 more minutes to go.

That was the last of the fightback from Lienster in the game as Connacht went on to clinch their maiden Pro12 victory.