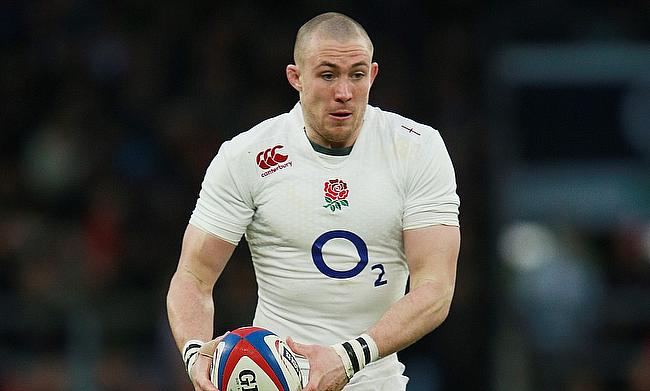 The 35-year-old was sent off by referee Wayne Barnes for using a boot to the face of Wasps hooker Tommy Taylor in the 43rd minute during their 18th round clash in the Gallagher Premiership at Twickenham Stoop on Sunday.

Brown faced an independent disciplinary hearing and was initially handed a 12-week ban but was reduced by half taking into account the guilty plea, conduct during hearing and other mitigating factors.

With Brown set to switch to Newcastle Falcons at the end of the ongoing season and considering there are only four games in the regular season left, he had played his last game for the Quins even if they reach the play-offs.

“The Panel reviewed extensive video footage which included numerous angles and speeds and heard direct evidence from the player as to his actions and intentions. Having considered the totality of the evidence the Panel was satisfied that whilst this was a stamp to the head, it was not deliberate.

“Given the location of the contact and the nature of the actions the Panel considered that this was a top-end entry point but that there was no reason to go above the starting point of 12 weeks.

“The player has an unblemished disciplinary record over a long and illustrious career, he accepted the charge at the earliest opportunity and impressed the Panel with his honesty and obvious contrition throughout the hearing. The Panel had no hesitation in allowing the maximum mitigation of 50%.

“The Panel would encourage supporters of the game to avoid viewing this as nothing more than a brief video on social media which does not capture the full nature of the incident.”

Despite Brown's absence, Harlequins managed to to edge Wasps 48-46 following an impressive performance from Marcus Smith, who contributed with 28 points as they consolidated their fourth position in the table.

Meanwhile, Bath’s Tom Dunn, who was also red-carded during the game against Bristol Bears for making contact with the head of Semi Radradra has been suspended for four weeks.