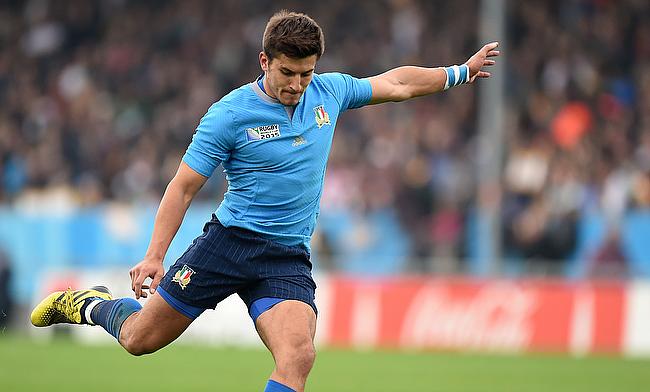 Harlequins have confirmed that Italy international Tommaso Allan will join the Gallagher Premiership club ahead of the 2021/22 season.

Having played for Scotland at the Under 20 level, Allan made his international debut for Italy in 2013 and until now has featured in 61 Tests scoring 327 points. He was also part of the Italy squad that competed in the 2015 and 2019 World Cups.

“I’m filled with excitement signing for Harlequins," said Allan to the official website of the club.

"Playing for a club like Quins is what a lot of players dream of. It’s a prestigious team with lots of history.

“The Club’s style of rugby is similar to how I like to play. It’s an exciting team with an attacking mindset, which mirrors the way I like to go about my rugby. The team seems to have a big fan base, hopefully, they will welcome me in with open arms.

“It will be nice to link up with Scott Steele again, who I played with a lot at the Scottish age grades.

"I’m genuinely really excited to give it my all with Harlequins and look forward to pushing for some silverware at The Stoop. I know my wife and I are really looking forward to moving to London and embracing a new challenge.”

Harlequins are at fourth place in the Gallagher Premiership with 10 victories from 17 games.