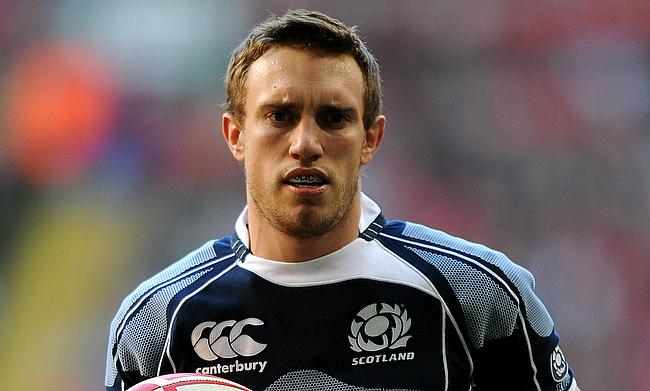 Former Scotland international and assistant coach Mike Blair will step up to take in charge of the side during their upcoming summer series.

The decision follows after head coach Gregor Townsend and defence coach Steve Tandy will be involved with the British and Irish Lions during their tour of South Africa which will kick-off with a warm-up game against Japan at Murrayfield Stadium on 26th June.

Blair had represented Scotland in 85 Tests between 2002 and 2012 and is the most-capped scrum-half for the Dark Blues before joining the backroom staff as an attack coach in 2017.

The 40-year-old will be joined by forwards coach John Dalziel and scrum coach Pieter de Villiers along with Glasgow assistant coach Peter Murchie, who will be in charge of defence.

The summer tour will start with Scotland A facing an opponent yet to be finalised in late June before the actual squad take on Romania and Georgia on 10th and 17th July respectively.

“I’d like to thank Gregor and Jim for this opportunity to lead the Scotland summer tour and I’m looking forward to continuing to build the positive culture and results we have achieved in recent months.

“This tour gives us the chance to work with a wider group of players and see how they can step up into the international game, whilst also continuing to look to improve with our established Scotland players.

“The three matches will present very different challenges and as a squad and coaching group we will be looking to continue to create depth and competition for places within strong team performances.”

“The opportunity to put out a Scotland A side enables the coaches to see and work with a wider group of players with an eye on the future, before we face two test matches, away from home, against quality opposition in Georgia and Romania.

“It also gives me personally a chance to spend time with coaches and players which will help develop those important relationships and connections that come with spending an extended period of time together.”