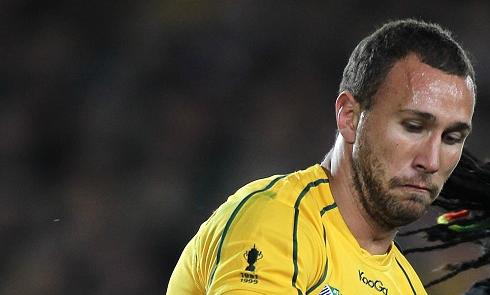 Australia skipper Michael Hooper has lavished praise on veteran playmaker Quade Cooper following his stunning comeback in back to back games against South Africa.

Playing his first game for the Wallabies in four years at Cbus Super Stadium on 12th September, Cooper made a stunning comeback kicking seven penalties including the decisive kick at the end to steer the Wallabies to a thrilling 28-26 win.

The 33-year-old once again led from the front in the previous game as Dave Rennie's men went on to complete a double over the Springboks to revive their Rugby Championship campaign.

Speaking ahead of the clash against Argentina on Saturday, Hooper credited Cooper for the impact he had in the squad.

“Quade’s certainly been great in terms of his leadership around the on-field control of the game. I think what’s been noticeable there is, you know, it’s time in the saddle,” he said.

“So often I think a 10, all these guys have skill, but just it’s a time thing.

“He’s watched a lot of tape – you can imagine the hours of tape he’s watched compared to you know a second or third-year 10 – so time in the saddle is huge and experience in that role.

“When you’re going into a game you’re just trying to confirm it on the weekend as opposed to trying to work it out on the spot. So that’s what he’s really brought.

“And he’s been imparting that on some of the other guys, which is super valuable".

Australia consolidated their third position in the Rugby Championship table with back to back wins over South Africa and will lock horns with Argentina in the final two rounds.