May, Ford guide Leicester Tigers to 34-16 win over Gloucester 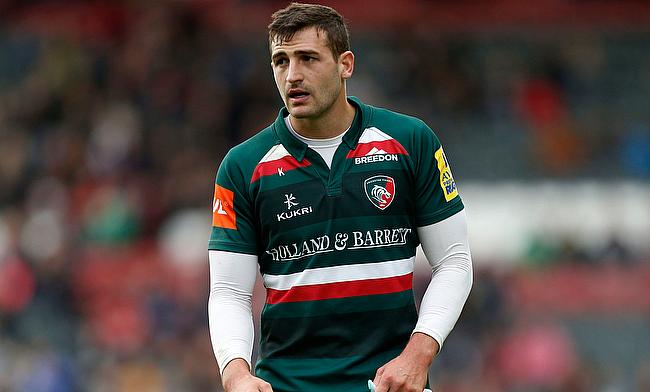 Exeter go past Bristol in a tight 14-9 encounter at Sandy Park
Mike Brown set for Harlequins record ahead of Newcastle clash
Gallagher Premiership Preview: Round 12

Jonny May scored a double while George Ford contributed with 19 points as Leicester Tigers completed a 34-16 victory over Gloucester Rugby in their Gallagher Premiership face-off at Welford Road on Saturday.

The win has taken Leicester Tigers to the sixth position with 29 points while Gloucester are at fourth place with 32 points.

A third minute penalty goal from George Ford began the proceedings for the home side and soon a kick-from fly-half found Jonah Holmes, who in turn offloaded to Jonny May for the opening try in the 11th minute. Ford also kicked the conversion and followed it with a penalty goal to take the scoreline to 13-0.

Back to back penalties from Billy Twelvetrees reduced the gap of the visitors to seven points as the teams went into the break with a 13-6 scoreline.

The Tigers got off the block quickly in the second half when Matt Toomua flipped a pass to Holmes, who touched down in the 44th minute and nine minutes later May's second try put Leicester in a dominant position. Ford kicked both the conversions as Leicester held a 27-6 lead.

A try from Gareth Evans in the 54th minute followed by Twelevetrees' conversion and a penalty provided Gloucester a glimmer of hope but Ford with his converted try in the 64th minute completed a 34-16 victory for the Leicester Tigers.

“The end of 2018 and the start of 2019 wasn’t good for us," Gloucester Rugby head coach Johan Ackermann.

“The decision-making and the skill weren’t at the same levels, but there was still plenty of effort out there.

“There were plenty of hard-working individuals putting their bodies out there and that’s something I can work with.

“Credit to Leicester though, every mistake we made, they pounced on and they were very clinical. Every ball that fell on the ground, they got good reward from that turnover.”

Two positive cases in fifth round of Premiership's coronavirus testing