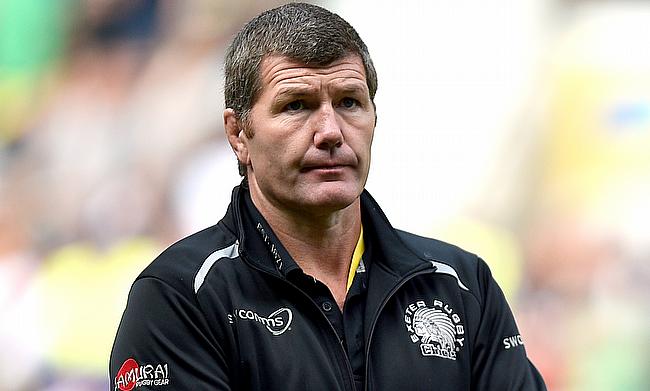 Rob Baxter's men have moved to the top position
©PA

Sean Lonsdale scored a late try as Exeter Chiefs edged out Bristol Bears 14-9 in their Gallagher Premiership clash at Sandy Park on Saturday.

The win has taken Exeter back to the top of the table with 51 points while Bristol are at 10th with 24 points.

Bristol had a setback even before the game started with Charles Piutau ruled out due to a hamstring injury but Ian Madigan kick-started the proceedings for the visitors with a 13th minute penalty goal.

As the half-time was approaching Exeter managed a breakthrough with Santiago Cordero diving over the line and a conversion from Gareth Steenson gave the home side 7-3 lead heading into the break.

Madigan managed to slot a scrum penalty immediately after the break and soon followed it with another three-pointer as Bristol claimed a two point lead by the end of the third quarter.

However, Exeter did not succumb to the pressure and eventually it took a valiant effort from flanker Sean Lonsdale as he dived from close range for his first try in the competition while Joe Simmonds improved it to complete a 14-9 victory.

“We had moments in the game at 9-7 to win it, but we lost them. We had a lineout off a penalty which we lost, which is disappointing, and we had a scrum overturned," said Bristol head coach Pat Lam.

“We came up a little bit short but I’m absolutely proud of the guys – as long as we bring the right mentality and physicality, then we’ve got a chance.

“It was always going to take a big effort to win here but to run them close and have a chance to win the game with a minute to go was exceptional.

“We know there were moments we didn’t execute as well as we should have but I can’t fault the effort and the teamwork.

“We had a chance to win the game and that’s what frustrates us most. The big thing for us is to take those learnings.

“It’s a gutted changing room but every moment is a growth moment for the Bears. This will be huge in our development. We’re happy with the effort but make no mistake, we’re not happy to lose the game.”