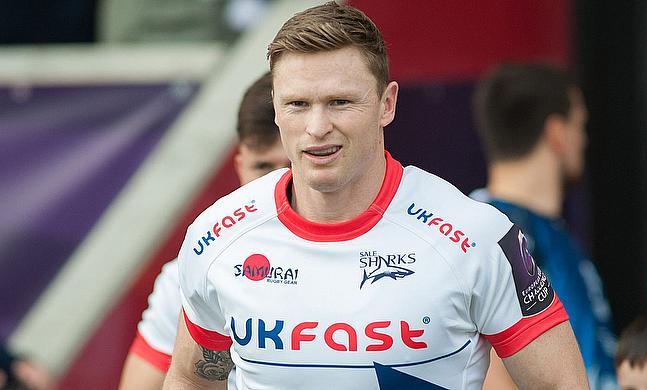 All 12 Gallagher Premiership sides will want to finish on a positive note ahead of the latest European and Premiership Rugby Cup windows and Joe Harvey previews the first round of 2019 action.

Sale have made some big announcements this week. Faf de Klerk’s resigning led the headlines, the South African international will now stay in Manchester until at least 2024, a real sign of intent from Steve Diamond. Although the victory was overshadowed by an off-the-field incident, Sale’s win over Gloucester at Kingsholm was the most exciting game of last weekend, with the Sharks dominating the forwards and backs battle. Chris Ashton lines up at fullback yet again and the England star proving that he can play the position in this country.

Sarries come to the AJ Bell with a good record, only losing once at Sale in the last eight years. Mark McCall’s men also haven’t lost two successive away games since December 2017, so the statistics that are floating around really do favour the visiting side. Billy Vunipola comes back for Sarries, adding a lot of work-rate to the backrow and takes pressure off his brother, Mako, when it comes to carrying the ball. Alex Lozowski moves to inside centre while Liam Williams, Alex Goode and David Strettle are in the backline. This Sarries team is a terrifying prospect. Possibly the game of the weekend.

Exeter crashed down from cloud nine last Friday night when Northampton Saints humbled the Chiefs at Franklin’s Gardens. Chiefs have now lost twice in the Premiership this season, but they remain in first place and one point ahead of Sarries. It’s difficult to say what went wrong last weekend for Chiefs, just that Northampton really showed up for the game. Rob Baxter wouldn’t have been happy, neither would the players. We can expect a reaction.

Tenth placed Bristol ground out a result over Newcastle last week, in what was a try-fest at Ashton Gate. Turning up for the big games so far this season, Bristol look a much different side to the one that competed in the Premiership two years ago. Charles Piutau has had a lowkey return from injury, but is playing out of his skin for Pat Lam, along with Ian Madigan, Luke Morahan and Harry Thacker. If Bristol can play their free-flowing style at Sandy Park, we could be in for an upset.

Some 10 years ago, this would have been a ‘Clash of Titans.’ These days, it is a somewhat different occasion. Gloucester were outplayed at Kingsholm by Sale last weekend, not looking at all confident with Danny Cipriani sidelined with a muscular tear. Owen Williams, seemingly not a favourite of Johan Ackermann, has struggled fitting into a system that he irregularly plays in and the forwards haven’t dominated a game in some weeks.

Leicester also lost in the West Country last weekend. Their 23-16 defeat at the Rec against Bath condemned Geordan Murphy’s Tigers to ninth in the table, an unusual position for Leicester to be in. This is one of those games, where it is so difficult to call, you may have to favour the side with home advantage.

Bottom place Newcastle have only had one good piece of news in recent weeks. Injured Mark Wilson extended his contract for another four years, a real statement of intent from the Falcons hierarchy, proving that they’re not down and out yet. With a similar side that competed at Bristol last weekend, the players will be hoping for a vastly different full-time result. Facing a Harlequins that famously doesn’t travel well, Newcastle will fancy their chances. Good at gradually breaking teams down, this undisciplined Quins side could falter to Dean Richards’ men.

Paul Gustard’s side will be without Dave Ward, who the club suspended for treading on Thomas Young last week at Twickenham. There will probably be mixed emotions for Gustard on Saturday, travelling back to the region he grew up and where his father is a club legend. Quins started really well against Wasps last weekend, Alex Dombrandt easily being the best performer for the away side as well. What Quins have on their side is momentum where Newcastle have none. That could be the difference.

Ben Te’o retains his place for Worcester, following a try-scoring return to club rugby last weekend. As ever Warriors’ team is a strong one. Regularly putting in strong performances, Worcester led at half time against Sarries last weekend, but couldn’t find another gear in the second half. They face a good chance of picking up a result against a Bath side whose performances have varied from week to week so far this season.

??Team News | Here is your @bathrugby team to face @WorcsWarriors at Sixways Stadium this weekend.

On paper, the Bath team looks far superior to their opponents. Freddie Burns starts at flyhalf, with Jamie Roberts just outside him and Semesa Rokoduguni on the wing, just to name three. Bath have the potential to be a top four side, however, they lack the consistency that a lot of other teams have. The win last weekend may signal a change for Todd Blackadder’s men, but we’ll have to wait for this game to find out.

Wasps had a disappointing loss at Twickenham last weekend. Despite Quins failing to close the game, Wasps were unable to take advantage. Kicking a lot more penalties to what we’re accustomed to, Wasps’ attacking spark has seemingly disappeared this season.

There is one great positive this week though as Joe Launchbury returns for only his fourth club game of the season, his leadership has been massively missed this season and the lock gets the captaincy back. Sopoaga starts with Dan Robson as the pair attempt to continue developing their relationship. Michael Le Bourgeois is dropped from the squad, with Juan de Jong moving to inside centre.

Typically, this Northampton Saints team comes in with a lot of physicality. Tom Wood captains a side which has included several youngsters. Francois van Wyk and Ehren Painter come into the front row as Courtney Lawes and David Ribbans start in the lock positions. England U20s man Fraser Dingwall starts at outside centre and he is just one example of Saints’ crop of promising youngsters already performing for the first team. With Dan Biggar playing sublimely last weekend, this could be a real battle between the playmakers. We may have an exciting game at the Ricoh!