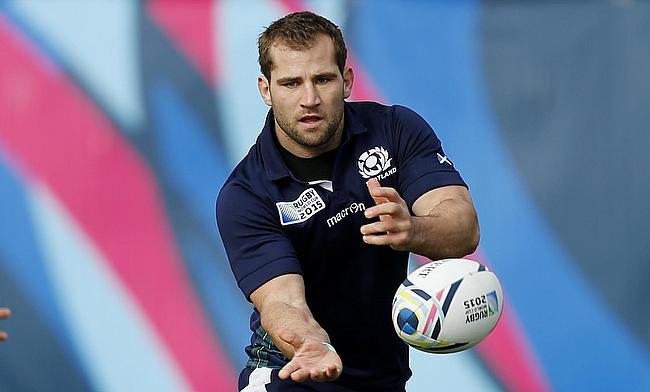 Finn Russell returns for Scotland for Georgia clash
“He deserves everything that comes his way”: Dulwich College proud of Oli Kebble ahead of Scotland debut
Finn Russell included in Scotland squad for Autumn internationals

Darcy Graham and Fraser Brown scored two tries apiece as Scotland warmed up for the upcoming Six Nations and Autumn Nations Cup with a 48-7 win over Georgia at Murrayfield Stadium on Friday.

Scotland started the proceedings in the second minute when Darcy Graham went over the line after a quick tap on a penalty and Adam Hastings kicked the conversion to make it 7-0.

The home side extended their lead further when Brown scored at the back of the maul in the 27th minute and around the half hour mark Rory Sutherland allowed Hamish Watson to dot down as the scoreline became 17-0 in the opening half.

Georgia regrouped at the start of the second half as scrum-half Vasil Lobzhanidze set up Akaki Tabutsadze over the line and Tedo Abzhandadze improved it to get the visitors off the mark. However, that were the only points Georgia managed in the game.

There was no respite for Georgia as Brown scored his second in the 50th minute to take the scoreline to 22-7 before Stuart McInally dived over the line at the back of a lineout maul that Hastings improved to make it 29-7.

Duhan van der Merwe made most of his Scotland debut as he crossed over in the 70th minute and Georgia were reduced to 14-men in the final 10 minutes with Gela Aprasidze yellow-carded and Gregor Townsend's men scored two more tries through Darcy Graham and Blair Kinghorn in the final five minutes to complete a 41-point win.

Scotland will next face Wales in the final round of the Six Nations on 31st October in Llanelli.