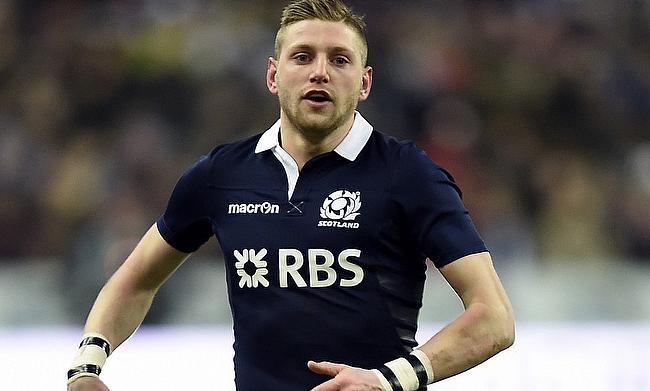 Finn Russell will make his 50th appearance for Scotland
©PA

“He deserves everything that comes his way”: Dulwich College proud of Oli Kebble ahead of Scotland debut
Finn Russell included in Scotland squad for Autumn internationals
Parc y Scarlets to host Wales' games against Scotland and Georgia
Scotland players agree to reduction to salary

Scotland head coach Gregor Townsend has recalled Finn Russell for the upcoming clash against Georgia to be played at Murrayfield Stadium on Friday.

Russell last played for Scotland during the World Cup last year but missed the Six Nations earlier this year following an alleged late night drinking incident but now will make his 50th appearance for the Dark Blues. Stuart Hogg, Jonny Gray and Sam Skinner have been rested for the game.

Edinburgh's Duhan van der Merwe will make his Test debut for Scotland and has been slotted at left wing with Darcy Graham at right. Chris Harris and James Lang will be at centre and Blair Kinghorn at fullback.

Fraser Brown will captain the side for the first time and will be part of the front-row along with Rory Sutherland and Zander Fagerson and with Ben Toolis and Scott Cummings at second row. Matt Fagerson will be part of the back row that also has Hamish Watson and Jamie Ritchie.

Russell has been slotted on the bench with Adam Hastings been the designated fly-half and Ali Price at scrum-half.