Tempers boil over as Bristol Bears edge past Leicester Tigers 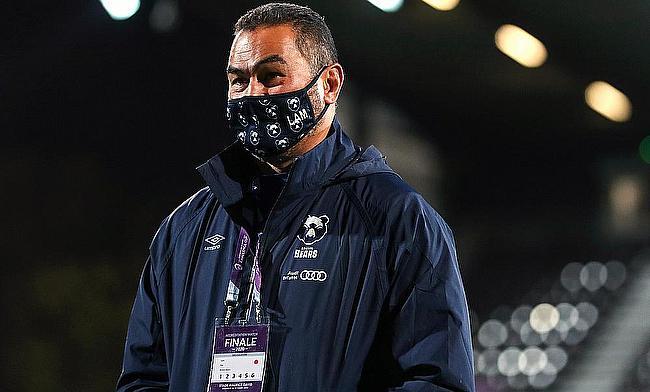 With 6,000 supporters at Mattioli Woods Welford Road this afternoon, the fans certainly made their presence known as referee, Ian Tempest was jeered off the pitch

The game in the balance with the clock in the red, it was after a heated debate surrounding whether John Afoa could retake to the pitch. Here is how the action unfolded.

Earlier in the week, Ben Youngs described Bristol’s game plan as a game of chess. Players move to where they are needed, perform their roles and the first half was very much a game of chess.

Within seconds, Tigers knocked on the Bristol door, no doubt enthused to be in front of their faithful fans who have watched from afar for 460 days. A try in the opening exchanges was not to be, the home fans instead having to celebrate a penalty kick from Johnny McPhillips.

From that point onwards, you would quite possibly describe the game as unexciting. Yes, it was played largely in the 22 of either team, but no one could take advantage. Set piece’s were inconsistent at best, the ball exchanging hands over and over.

Bristol would end the half with the lead, two brilliant tries helping them to a eight point advantage. Firstly, Semi Radradra strode over, Siale Piutau passing to the Fijian after receiving an offload in the midfield. Harry Randall also crossed the whitewash after tapping-and-going following a penalty just in Tigers’ territory.

A second McPhillips penalty interrupted this score, but it was Bristol’s game to lose at the midway point. It was the same action from McPhillips that resumed proceedings and the scoring-fest that followed was somewhat unprecedented given the 45 minutes of rugby that had been seen up to that point.

Hanro Liebenberg gave the hosts a two-point lead after McPhillips found the South African out wide, the 25-year-old cheered in by the fans he has barely had the chance to play in front since joining the club.

Bristol relied emphatically. A jinking run from Max Malins and then a second for Radradra, his second the result of an intercept by Piers O’Conor. It was in the final quarter that become the most difficult to describe.

If you had to say anything about it, it was messy. There was no flow, penalty after penalty given away as Tigers seemed to be in the ascendency. Jake Kerr was sent to the bin after collapsing a driving maul, the former Tiger jeered off the field by the people who not so long ago willed the hooker all the best.

Julian Montoya crashed over from the resulting maul, with just four points separating Leicester from a win at their historic home. Again, Leicester’s power got them knocking on Bristol’s door and for all the will in the world it seemed as though Tigers would get the job done.

Bears conceded penalty after penalty in the minutes that followed, the clock ticking into the red during this time. The battle was fought at the scrum, as Ellis Genge making mincemeat of his opposite number, Nahuel Tetaz Chaparro. Eventually, the Argentine was carded, and what followed has very much marred the game.

John Afoa was substituted at the break, which from Pat Lam’s post-match interview was an injury preventative measure and not wanting to end the game with uncontested scrum, the question came to be whether or not the kiwi was fit enough to return. It was a conversation that brought both of Pat Lam and Steve Borthwick to the touchline to debate if Afoa should come back on, the prop eventually doing so of his own accord.

When that final scrum took place, it was Bristol who won the penalty. But whilst celebration should have ensued, there was instead a melee in the far corner. Ian Tempest was booed from one end of the pitch to the other, whilst the Leicester players walked around the pitch, leaving the heads of rugby to answer questions about the game’s conclusion.

When Pat Lam sat down for his pot-match press conference, he knew he had some questions to answer. With the clock in the red and his replacement tighthead prop, Nahuel Tetaz Chaparro in the sin bin, there was some confusion as to why John Afoa, who started the match, couldn’t come straight back on.

This situation caused both Lam, and his Leicester counterpart, Steve Borthwick to share a heated discussion in the Bristol technical area. With the game on the line and Tigers in dire need of a try to send their returning supporters home happy, it was clear why Borthwick was upset.

Naturally the Cumbrian, as well as many at the ground, felt that Bristol were looking to pull the wool over the eyes of the officiating team and, in turn, Leicester. For all the will in the world, it seemed as though the hosts were likely to win with back-to-back penalties at the scrum leading to Chaparro’s dismissal.

Afoa, who started the game in place of Kyle Sinckler eventually stood up to take to the field. It was the All Black’s introduction that helped Bears secure the game, his celebrations sparking something of an altercation between himself and Richard Wigglesworth, who was introduced for his 300th Premiership appearance partway through the second half.

“Let me give you some context,” Pat Lam said. “John Afoa, you would have seen on live TV against Gloucester, got badly injured. His due date was next week where he will be 100 percent, he trained with us during the week, but he wasn’t supposed to be involved.

“On Thursday, Kyle Sinckler found a little tightness in his hamstring near the end of the session, so we were like ‘okay, we have got Max Lahiff our other tighthead down injured’ and we knew it was going to be a big scrummaging game and Chaparro is a loosehead that can cover tighthead.

“Talking with the medics, we made the call that Johnny is going to play and he is better to start fully because we can control that, because if Chaporro went on and got injured, Johnny would have to play 70-odd minutes, which is not ideal.”

Another reason for all the animosity in the East Midlands was to do with what surmounts to an administrative error. When substituted at the break, Afoa was marked down as an administrative error instead of as an injured player, meaning that he was technically obliged to go back onto the field, but with the Bears backroom staff arguing that their star tighthead was injured, it added to the frustration for Leicester.

Having had to sit, idly and watch as people argued over his ability to go out on the field, Lam says that it was Afoa who made the decision to step back out onto the pitch.

“Probably the worst thing that came out of that was all the Leicester guys in our technical box and started accusing us and shouting in our faces and so forth,” Lam explained. “That’s when Johnny just said, ‘bugger it, I’m going to do it’.

“I’m not happy that I’m going to risk someone like John Afoa in the context that I have given and his age, sitting down cold for 93 minutes, to go back on and scrum. I would rather protect them, but he got annoyed with what was being said at us and accused.

“He walked on and did the job. He could have easily been injured, which would have disappointed me. I’d rather a safe player than take that risk, so that’s what happened.”