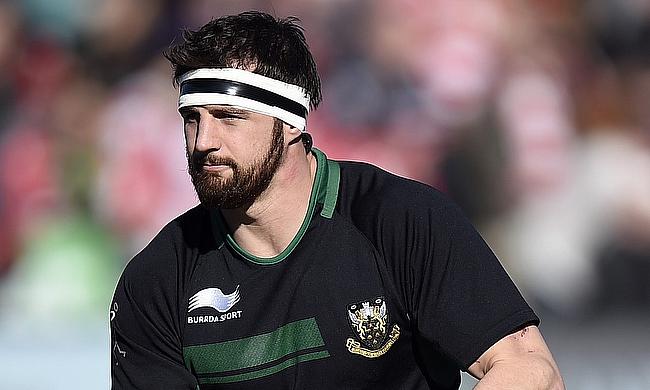 Northampton Saints have announced that flanker Tom Wood has signed a contract extension with the Gallagher Premiership club.

Having started his senior club career with New Zealand provincial side North Otago in 2006, Wood switched to Worcester Warriors in 2007 and went on to make close to 50 Premiership appearances for them.

His association with the Saints started ahead of the 2010/11 season and went on to rack 226 appearances for them scoring 21 tries. The 34-year-old also played over 150 Premiership games Black, Green and Gold in a span of 11 years.

"It’s awesome to be staying on at Saints," he told the club's official website.

"I’ve really enjoyed being a part of this group, and emotionally speaking the Club is such a big part of my life, so to be given this opportunity is a huge privilege.

"I’ve only ever wanted to stay around as long as I am able to fulfil my role as a player; I only want to be here if I am competing, giving my best on matchday and in training each week. So, it’s really important to me that I am in genuine contention for a starting spot – that’s been the case this year, so I hope to continue that moving forwards."

Wood was also part of the Northampton squad that enjoyed a double title win of Premiership and European Challenge Cup in 2014 and was named the Premiership Player of the Season in 2011 during which his club reached the final of the Champions Cup.

"I hope I set a good example around the Club by the way I play and conduct myself, and that my experience does rub off on some of the youngsters," he added.

"As a group, we know we are capable of so much more than we have delivered this year. That’s hopefully part of our development and we’ll learn the lessons we need to ahead of next season, and be better for it."

Northampton are positioned at fifth place in the ongoing Gallagher Premiership with 11 wins from 20 games.