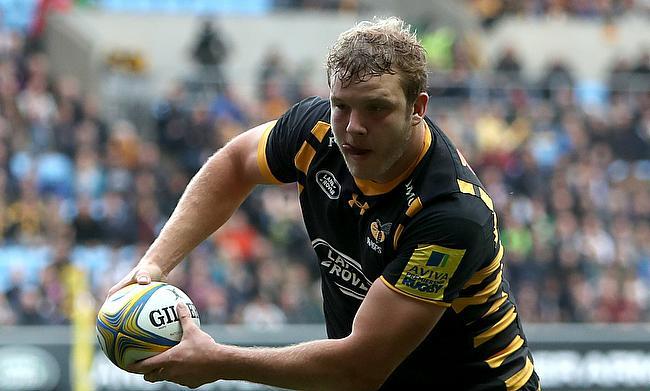 Another defeat would end their top four dreams so can Northampton Saints find a glimmer of hope?
RFU's Steve Grainger provides update on National Leagues
Ethan Waller: Young Warriors have 'grafted extremely hard' for Worcester
Exclusive: Charlie Beckett on being back in the Premiership

Wasps’ win at The Rec on the weekend stole the headlines. In the first half, the side lost both of their hookers and several other players to injury, but Lee Blackett's men rallied to beat their hosts 27-23.

The victory over Bath meant that Wasps avoided back to back losses, having fallen short to Sale Sharks earlier in the week, but this weekend Saracens provide a wholly unique challenge.

Having lost just once since returning to play, Mark McCall’s side have thrived following their enforced relegation, with only the Champions Cup to play for.

“Knowing Saracens, knowing quite a few of their coaches, knowing some of their players, these guys are competitors,” Blackett said. “It doesn’t matter about relegation. That doesn’t make a difference to them, they are going out there to win. At this moment in time, yes, they have got a Premiership game this weekend, they will be massively focused on Europe.

“There is no doubt in the pride they have playing for their club and wanting to get that result at the weekend and they will be mentally 100% on it. In terms of their culture, you can look at them. They have obviously been successful they have done a lot of things right there. I think their academy is pretty impressive, if you actually look at how many people have come through. You would be crazy not to see parts that every club would want to replicate.”

A quick examination of Saracens reveals just how right Wasps’ head coach is. The vast majority of the club’s players have come through the academy system, very much the way things should be. Wasps have had their various successes over the years too, with many of them having achieved higher international honours.

Joe Launchbury is one such player. Making his debut in 2011, the lock is currently club captain at the Ricoh and has made over 60 appearances for England. With injuries and a congested fixture list, players from the Wasps academy have been given the chance to shine and their skipper has enjoyed watching their development on the pitch.

“We have had a number of guys who have played their first game, either in the Premiership or their first games for the club in total,” Launchbury said. “You look at Tim Cardall, he is really starting to prove himself as a Premiership standard second row and the younger bracket of people, your Charlie Atkinson’s, your Alfie Barbeary’s.

“I spoke in an interview a couple of months ago about coming back for the restart and what I was looking forward to. There was a lot of talk about the negative side of workload and games coming fast, but for me the positive is that we could be sitting here in six months to a years’ time, maybe even in five, 10 years’ time and there could be a clutch of players who are playing with the club or playing international rugby who started playing for their clubs during this period.

“They got their opportunity to play during this period and they took it with both hands. It is easy for me to say now, but the proof will be in the pudding down the line. I know all of us here at the club are extremely excited about the group of guys that we have got.”

Launchbury joined the Wasps academy after time spent in National Two South with Worthing Raiders. More recently,  the likes of Jack Willis, Tom Willis, Will Rowlands and Jacob Umaga have come through the club’s system, all of them recruited when the side were still based in London with their roots well established there.

Following their transistion to Coventry, there were feelings at the time that a generation of talent could have been lost for the side given the nature of the move but as far as Launchbury is concerned, the club’s future is bright given the group of youngsters coming through at this moment in time.

“It’s the most important project that we have got, in terms of the make up of our squad over the next period of time,” Launchbury said. “You look at any successful sports team across any sport and especially successful rugby teams over the last 10 years, they have been built around a core group of players who’ve grown up, come through the academy together, love the club, enjoy playing for the club and are extremely proud to play for the club.

“They then go through the academy together, get in the matchday squads together and they then become the heartbeat of the side.

“I know how special it is to play with some of your friends who you have come through with and we have got that group of guys, probably 10 or 15 of them who are a similar sort of age profile, very similar in talent and hopefully they will be here in five or 10 years having been at the club for that whole period.”