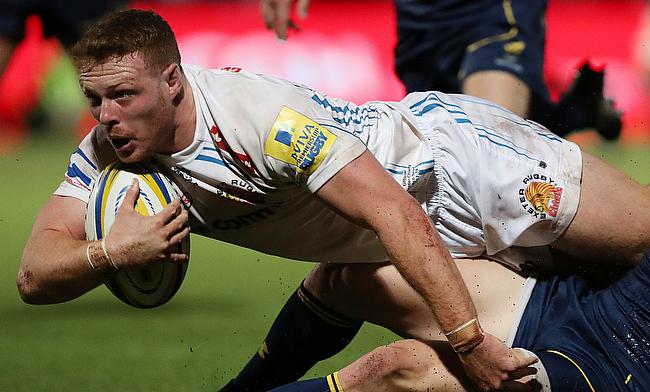 Fly-half Pete Horne missed a chance to get Glasgow off the mark in the second minute as his penalty went wide. Sam Simmonds continued his impressive form as he dived over the line in the 13th minute with his brother Joe Simmonds kicking a conversion to make it 7-0.

In the 23rd minute, the home side doubled their tally with Jonny Gray scoring the first try for the club and Joe once again was spot on with the conversion.

Glasgow's problem compounded as they lost Sam Johnson to sin-bin for repeated infringements at breakdown in the 23rd minute while Horne left the field due to a concussion in the 36th minute and few minutes later George Turner also went for a Head Injury Assessment.

Rob Baxter's men were the dominant in the early exchanges of the second half after Olly Woodburn set up Stuart Hogg over the line in the 41st minute and Jack Yeandle capitalised on the mistake from the visitors to claim the bonus point in the 53rd minute. Joe kicked both the conversions as Exeter had a 28-0 lead.

Glasgow continued to have injury setback with this time Tommy Seymour suffering a head injury but that came 10 minutes after Woodburn crossed over for the hosts.

Jonny Hill capped off a fantastic game for Exeter with his side's sixth try as they completed a dominating 42-0 win.