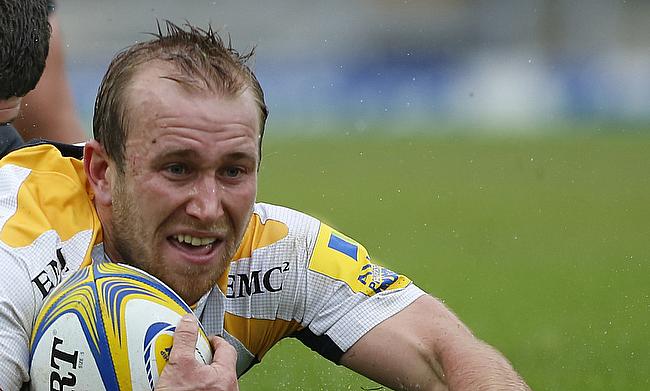 Dan Robson was one of the try-scorer for Wasps
©PA

Wasps scored two tries in the final 12 minutes as they started their Heineken Champions Cup campaign with a 24-8 win at Rodney Parade.

Dragons were forced to shuffle their line-up after six players were withdrawn.

Both the teams were desperate to get the first points but Dragons suffered a setback when they were reduced to 14-men temporarily when Jarrod Rosser was sin-binned in the 19th minute for a dangerous tackle on Zach Kibirige.

Wasps capitalised on the advantage as Tom Cruse went over the line but Jimmy Gopperth missed out on the conversion. Sam Davies got Dragons off the mark with a 24th minute penalty goal but Wasps finished the opening half strong with a 3-12 lead after Dan Robson crossed under the post in the 30th minute.

Wasps started the second half with a yellow card for Lima Sopoaga for a no-arms tackle on Josh Lewis and soon Jamie Roberts fed Jonah Holmes to score in the 50th minute making the scoreline 8-12.

Repeated infringements saw Dragons suffering their second yellow card with this time Aaron Jarvis yellow card and even though they did not concede a point in the next 10 minutes, Wasps scored back to back tries through Jack Willis and Thomas Young in the 70th and 73rd minutes to complete a 16-point victory.