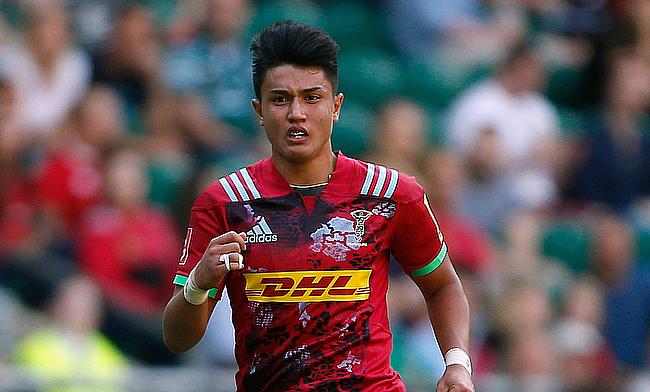 Harlequins registered their biggest win of the campaign as they defeated Wasps 49-17 in the latest round of Gallagher Premiership at Ricoh Arena on Sunday.

Playing their first game since the exit of director of rugby Paul Gustard, Quins now move to the sixth place after their third win from seven matches while Wasps are at fifth.

Wasps entered the game after head coach Lee Blackett made nine changes to the team that defeated Bath Rugby and they were on the backfoot early in the match as the Quins raced to a 17-point lead.

Mike Brown and Aaron Morris breached Wasps' defense into the opposition 22 before setting up Will Evans over the line in the sixth minute and a perfect pass from Louis Lynagh allowed scrum-half Danny Care to dot down in the 16th minute. Smith kicked both the conversions and a penalty goal along with it.

Wasps' problems compounded as they lost Simon McIntyre to injury and around the half-hour mark, Smith slotted his second penalty kick to take the Quins to 20 unanswered points.

Just as the break was approaching, Wasps finally got their opening points with a penalty kick from Lima Sopoaga as they trailed by 17 points at the end of the opening half.

Within minutes into the second half, the Quins extended their momentum as they got their third try through Alex Dombrandt as he dived over the line at the back of a driving lineout to take the scoreline 3-25.

Previous season's top scorer Zach Kibirige's first try of this campaign at the end of the third quarter provided some respite for Wasps but Lynagh intercepted a pass from Jacob Umaga to score in the 66th minute helping the visitors secure a bonus point.

Even though Tom Willis scored second of Wasps' tries in the 70th minute, Harlequins dominated the closing stage with James Lang's touchdown taking them past the 40-point mark and a penalty try in the added minutes extended their winning margin to 32 points.