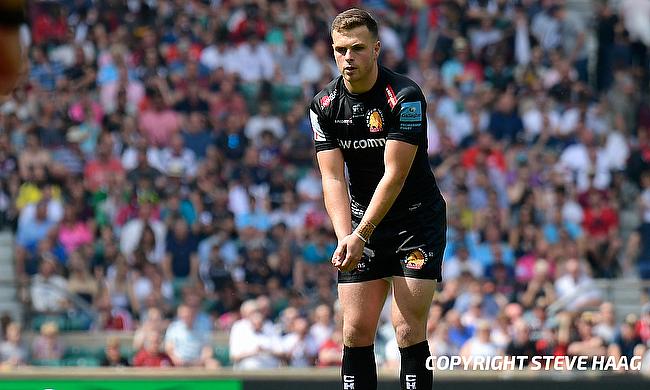 Defending champions Exeter Chiefs managed to return back to winning ways as they edged out Worcester Warriors in the latest round of the Gallagher Premiership at Sixways.

Exeter now are at second place and have 24 points - five behind table toppers Bristol Bears while Worcester are at 11th place with 10 points.

Worcester Warriors suffered an early setback with Niall Annett sin-binned in the 8th minute for an illegal tackle. The Chiefs made full use of the numerical advantage with Jonny Gray diving from close range and Joe Simmonds kicked the conversion.

The visitors doubled their tally in the 14th minute when centre Ian Whitten dotted down after assistance from Sam Simmonds and Joe Simmonds improved it to take the scoreline 0-14.

Warriors' problems compounded as Billy Searle was forced off the field in the 21st minute with Duncan Weir replacing him. Worcester's response came in the 28th minute when wing Perry Humphreys sent a perfect pass to Oli Morris, as he crossed the whitewash.

Weir kicked a conversion and followed it with a penalty goal as they reduced their arrears to 10-14 heading into the break.

Exeter were the quickest to get off the block in the second half after good work from Gray and Whitten set up Ollie Devoto for their third try with Joe Simmonds improving it making the scoreline 10-21.

However, Devoto was sent to sin-bin in the 48th minute for a high tackle and Worcester pounced on the opportunity with Weir's converted try brining the gap down to four points which the Chiefs managed to hold off in the remainder of the game.