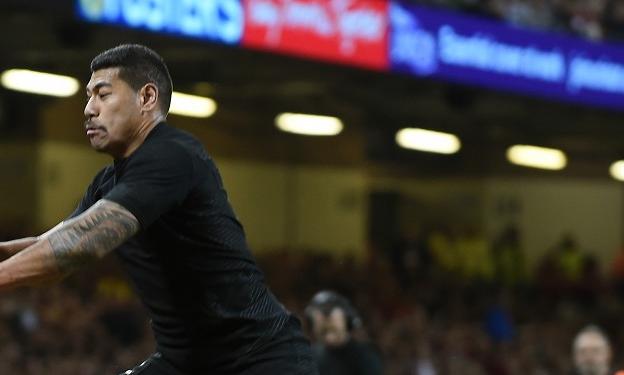 Charles Piutau was one of Bristol's try scorer
©PA

Bristol Bears came up with a seven-try performance as they trounced Bath Rugby 46-3 in the seventh round of the Gallagher Premiership at Ashton Gate.

Bath entered the game with limited preparations after they had to shut their training ground last week due to a false report on the positive cases and they were also forced to deal with injury setbacks during the game.

The win also seen Bristol consolidate their position at the top of the table with 29 points while Bristol are at ninth place.

Bristol made six changes from the side that defeated Exeter Chiefs while Bath were without Anthony Watson, Beno Obano, Will Stuart and Charlie Ewels as they focus on the Six Nations.

Bristol opened their account in the fifth minute when Ioan Lloyd sent a long pass to Luke Morahan as he went over the line. But the conversion from Lloyd went wide.

The home side doubled their tally in the eighth minute when Morahan turned provider as he helped Charles Piutau for the second try making the scoreline 10-0.

Bath suffered a double setback in the 12th minute as Josh McNally and Elliott Stooke clashed only to leave the field for head injury assessments. Even though, Priestland managed to get the visitors off the mark with a penalty goal in the 17th minute, his efforts were negated with Lloyd kicking a three-pointer of his own.

Stuart Hooper's side further lost momentum with Stuart McConnochie was also forced off the field in the 25th minute as Bristol continued to pile up pressure with Andy Uren scoring this time in the 27th minute making the scoreline 20-3.

Bath headed into the break with one player less as Priestland was sin-binned in the 32nd minute for a deliberate knock on and immediately Bristol made use of the numerical advantage with Bryan Byrne scoring back to back tries in a span of five minutes to help them complete the bonus point.

Lloyd kicked both the conversions as Pat Lam's side completed the opening half with a dominant 34-3 lead.

Bristol extended their momentum into the second half with Semi Radradra's brilliance saw him complete their sixth try with Lloyd's conversion taking their tally past the 40-point mark before they were awarded a penalty try in the 53rd minute after Josh Bayliss was yellow carded for the visitors.