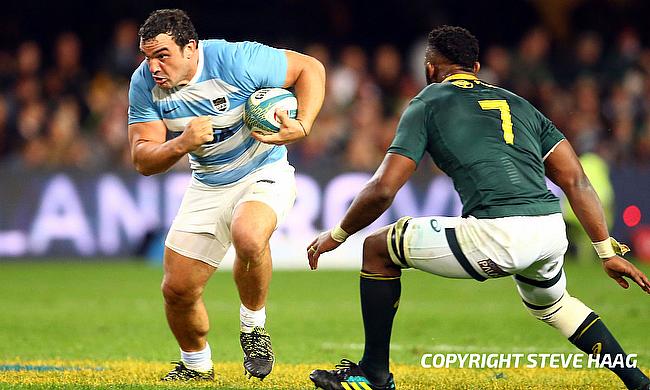 London Irish claimed their first Premiership win this year as they went past Newcastle Falcons with a 31-22 margin at Community Stadium on Sunday.

This is London Irish's second win from seven games as they are at the eighth place in the table while the Falcons are at fourth place.

The home side got their first points on board at the end of the first quarter when Agustin Creevy made most of the a perfectly executed maul to dive over the line in the 18th minute with Paddy Jackson's conversion taking them to a 7-0 lead.

The Exiles doubled their tally around the half-hour mark with James Stookes, who was called as a late replacement for injured Ollie Hassell-Collins capitalised on an offload from Tom Parton to score in the corner and once again Jackson was spot on with the extras.

The response from the visitors came before the break with Ben Steevenson collected a long pass from Joel Hodgson to dot down. Toby Flood missed the conversion but kicked a penalty goal as they narrowed down the gap down to 14-8 at the end of the opening half.

The start of the second half saw the Falcons reduced to 14-men temporarily with Tom Penny sin-binned for a late tackle on Tom Parton and Jackson slotted a penalty goal to increase London Irish's lead to nine points.

London Irish took control as they got their third try in the 52nd minute after making use of the numerical advantage when Parton grabbed a pass and offloaded to Curtis Rona and Jackson's conversion made the scoreline 22-8.

Even though Newcastle managed two late tries in the end from Sam Stuart and Gary Graham to bring their trail down to two points, but an infringement from the Falcons allowed Motu Matu'u to score at the back of the driving maul to complete a nine-point victory for the Irish.