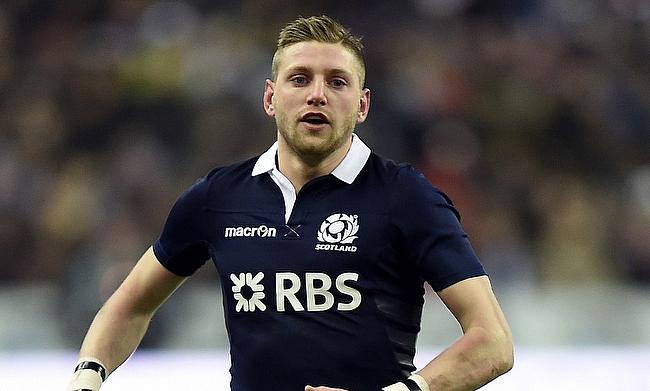 Finn Russell contributed with 10 points before was sent-off
©PA

Wales have clinched the Six Nations title in this year's competition as Scotland stunned France with a 27-23 win in the final game of the tournament in Paris on Friday.

The round three fixture was rescheduled due to a Covid-19 outbreak in the France squad and in the end it was the Dark Blues that showed tremendous resilience despite losing Finn Russell to red-card in the final 10 minutes.

The result meant France finished the tournament with three wins from five games taking their tally to 16 points - four behind top placed Wales - while Scotland finish at fourth with 15 points with Ireland and England at third and fifth respectively.

This was also the first win for Scotland in Paris since 1999. Gregor Townsend was forced to make a late change to the starting line up after Matt Fagerson was ruled out due to an injury that he picked in training allowing Nick Haining to return to the starting XV with Ryan Wilson added to the reserves.

Scotland were penalised for collapsing a scrum providing France to open their account through a penalty kick from Romain Ntamack in the 9th minute for the opening points of the game. Scotland showed immediate response as George Turner at the back of a line out came close within inches before sending Duhan van der Merwe over the line in the 15th minute.

Russell kicked the extras and also followed with a penalty kick in the 19th minute to take Scotland to a 3-10 lead at the end of the opening quarter. Another scrum infringement from Scotland helped France narrow down the gap as Ntamack kicked a long range penalty goal making it 6-10.

France seized the lead back as Antonie Dupont sends a long floated pass to Damian Penaud, who went past van der Merwe to set up Brice Dulin over and Ntamack improved it making it 13-10 before Scotland were reduced to 14-men temporarily at stroke of half time with skipper Stuart Hogg sin-binned.

With Scotland down by a player for the first nine minutes of the second half, France seized on the opportunity and extended their lead further as Penaud chased his own kick after collecting an offload from Virimi Vakatawa to score but the conversion from Ntamack went wide as the scoreline became 18-10.

As Scotland returned to full strength, Russell with a penalty got the deficit down to five points after an offside infringement from the hosts in the 52nd minute. David Cherry, who came in to action in the 59th minute made an impact straightaway as he grabbed up a loose ball following a lineout before dotting down in the 61st minute. TMO was consulted for a knock-on but the decision went in Scotland's favour. Russell's conversion once again put Scotland into lead with a 18-20 scoreline.

The momentum once again swung into France's favour as Swan Rebbadj went over in the 66th minute but Ntamack conversion went left taking the scoreline 23-20 setting up for an intriguing finish. Scotland suffered a major setback as Russell was sent-off in the 71st minute as he led his elbow to the neck of Dulin.

However, France surrendered their numerical advantage two minutes later as replacement Baptiste Serin was sin-binned but they still had a three-point lead as the game entered the added minutes and that's when their hopes were dashed as a long pass from Adam Hastings allowed van der Merwe to complete his second. Hastings also kicked the conversion as Scotland pulled out a thrilling win.